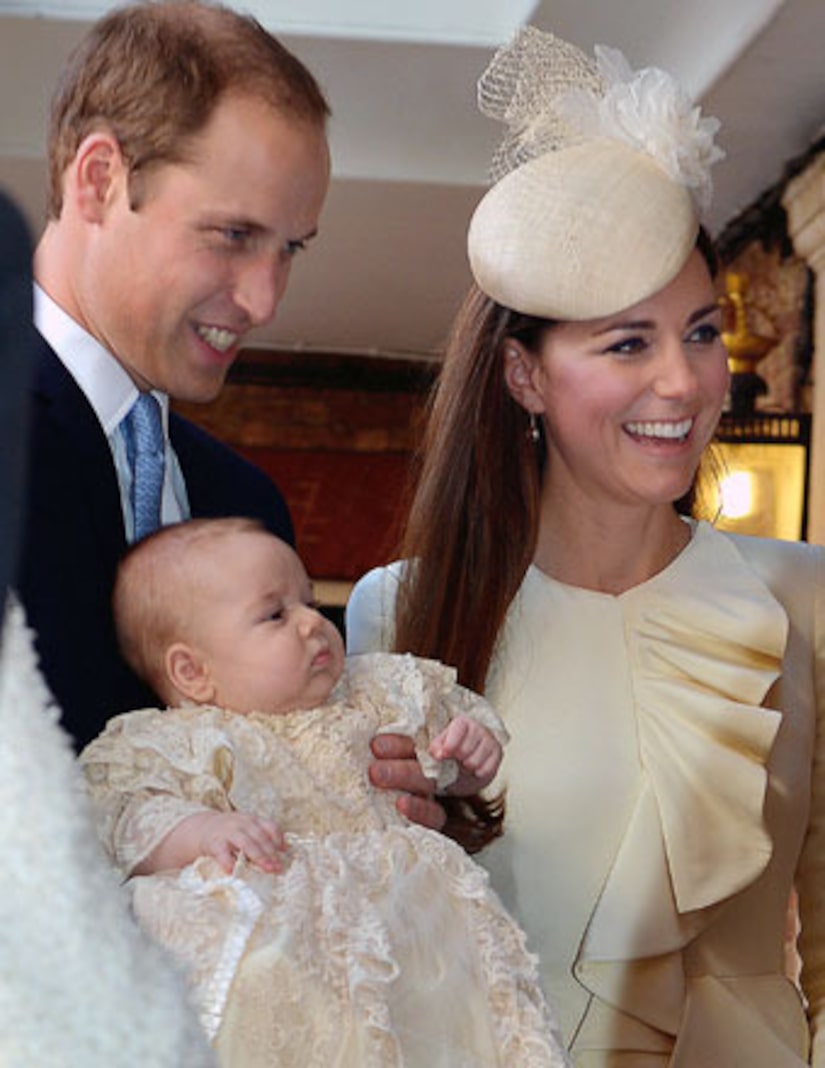 Wednesday marked a big day for Prince George and royal baby watchers! The tot made a special appearance in London with dad Prince William and mom Kate Middleton at the royal christening.

The new parents announced the three-month-old's seven godparents a few hours before the christening, one a friend of Princess Diana! Click here for the full list!

Aside from Prince George and the Duke and Duchess of Cambridge, royal attendees included the Queen and Prince Philip, Prince Charles and Camilla, and Prince Harry.

Kate's family was also there, including Carole and Michael Middleton and siblings Pippa and James. The new godparents are also on the guest list.

Check out livestreaming video below from outside the Chapel Royal at St James's Palace in London.

According to the Palace, William and Kate chose two hymns, two lessons and two anthems for the christening. The hymns included “Breathe on Me, Breath of God” and “Be Thou My Vision.”

Anthems included “Blessed Jesu! Here We Stand” by Richard Popplewell (written for Prince William's 1982 baptism), as well as “The Lord Bless You and Keep You” by John Rutter.