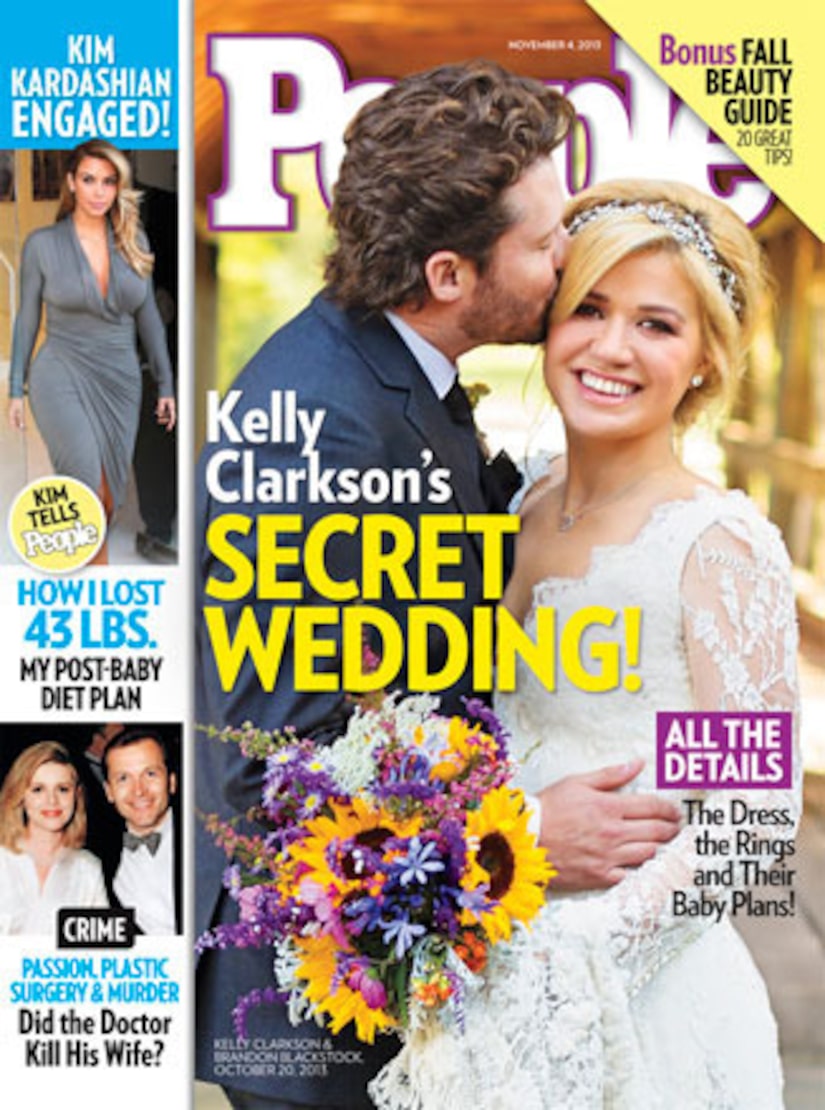 Kelly Clarkson and Brandon Blackstock tied the knot in an intimate ceremony in Tennessee on Sunday, a celebration so private, the couple's moms (including Blackstock's stepmom Reba McEntire) were missing from the big day.

Who did attend? Blackstock's two children from a previous relationship, and a few rumored guests like Justin Timberlake and Trisha Yearwood.

Kelly's mom, Jeanne Clarkson, explained away her absence, telling Celebuzz, “She said they were just so overwhelmed with the tour and they just decided to elope… She was so afraid we might be upset. But we were fine with it”

Reba McEntire, who is married to Blackstock's dad Narvel, couldn't attend because she was performing in Halifax, Nova Scotia that day.

The celebration took place at Blackberry Farm, a luxury hotel and resort nestled in the Smoky Mountains, in a small town called Walland. Check out the adorable video above!

The “American Idol” winner wore a “Jessamine” gown by Temperley Bridal and Maria Elena headpiece. Her stylist, Steph Ashmore described the look to People as “Jane Austen-meets-country-relaxed,” adding, “it feels like an heirloom.” 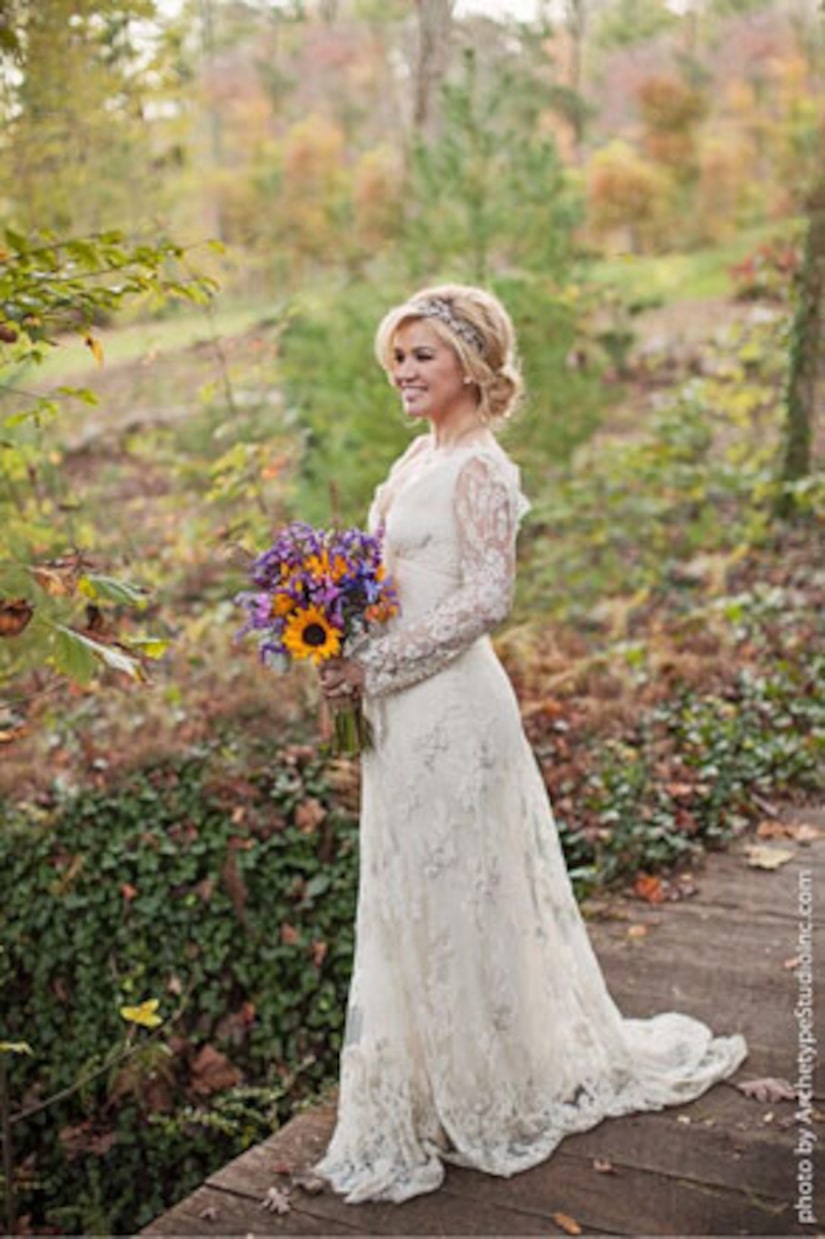 The star is now wearing a wedding band, interlocked with her $150,000 canary-diamond engagement ring. 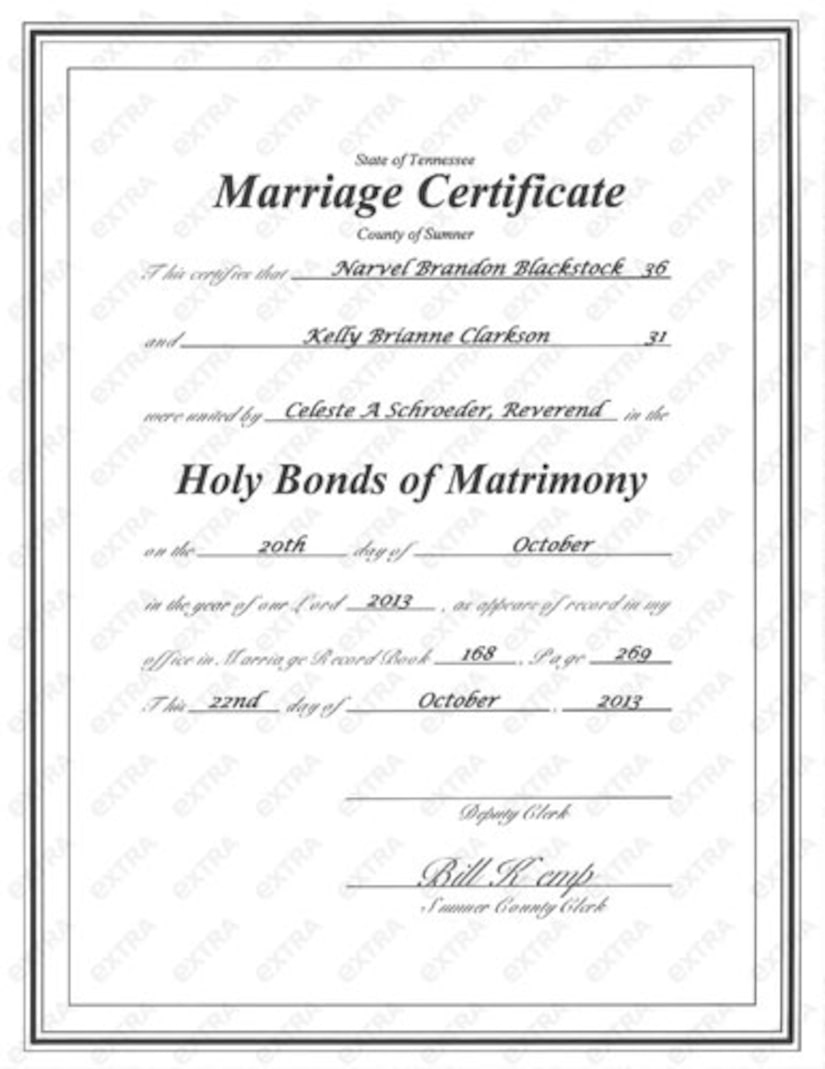