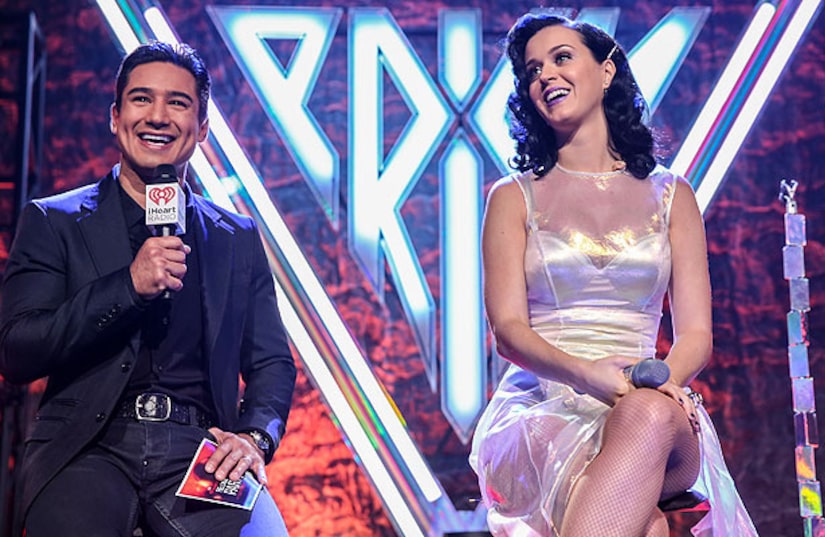 “Extra’s” Mario Lopez had an exclusive sit-down with superstar Katy Perry after hosting her “Prism” album release party at the new iHeartRadio Theater.

Katy opened up about her music, the journey she has been on to rediscover herself, and her love life.

Perry told Mario that “Prism” chronicles her life. “When I started the record in November 2012, I was kind of in a darker place and had a little bit of my self-confidence shattered, so I was trying to build it back up. I wrote this song, ‘By the Grace of God,’ which was about me having a lot of negative thoughts in my mind, then you hear me find my strength throughout the message of that song and I come out in the end all right.”

The “Roar” singer explained the songs were a way to work on bettering herself after her divorce. “I did a lot of inward seeking, doing what I call patchwork. That was me being good to myself, going on a complete cleanse, going to therapy, going on hikes with my friends and just letting a lot of love into my life.”

This was also how she was able to find love with current boyfriend John Mayer. The two worked on the music together. “We did a song for his album. We were writing and recording around the same time for our records. We did an incredible duet called ‘Who You Love’ that is a beautiful song. I'm so proud of it because people hear it, and they hear a different side of me.”

As for just being with Mayer, Katy said it’s easier to date a fellow musician. “There's a lot of understanding when you get home and say, ‘Ah, I had a pretty crappy show.’ They're like, ‘I understand because I've had one, too.’ You get to share music. The dance parties are a lot more fun.”

“Prism” is in stores now.