Check out the video of Kanye West proposing to Kim Kardashian! Watch as the romantic rapper gets down on one knee and pops the question to his reality star GF.

It all went down at AT&T Park in San Francisco, where the couple and friends and family were gathered to celebrate Kim's b-day. 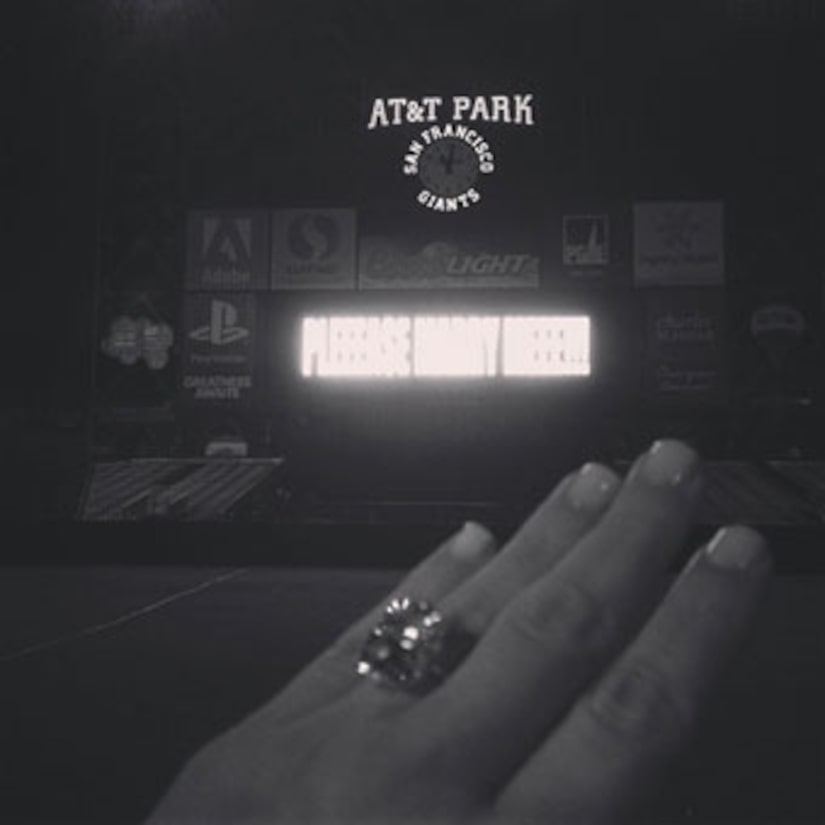 As “Pleeease Marry Meee” popped up on the jumbo screen and a 50-piece orchestra played Lana Del Rey's “Young and Beautiful” (they later played Keri Hilson, Ne-Yo and Kanye's “Knock You Down”), he asked her to be his wife.

The entire family rushed from the dugout to congratulate the couple as fireworks went off in the background.

The “Keeping Up with the Kardashians” star later posed for pictures with her new rock by celebrity designer Lorraine Schwartz.

Kanye added to the element of surprise by showing up in L.A. on Monday night as a presenter at the 2013 Hollywood Awards. He flew to San Francisco after the event to ask Kim to be his wife. 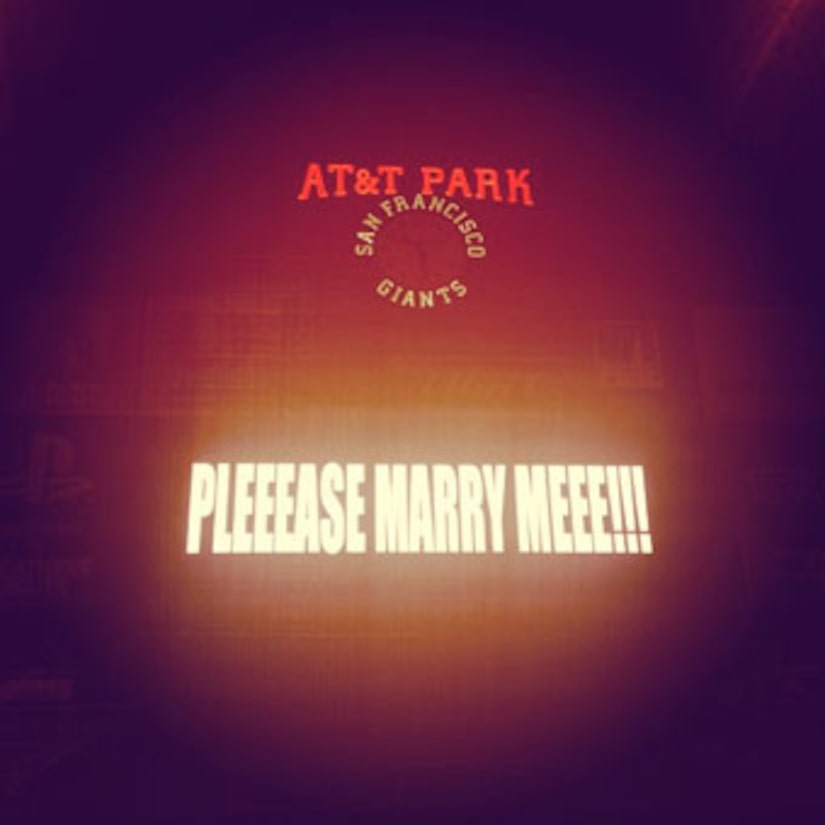 Kanye cleared the proposal with Kim's mom, Kris Jenner, and the momager couldn't be happier. “A match made in heaven,” Kris told E! News. “I am so happy for both of my kids, Kim and Kanye.”

Sister Kourtney posted the above stadium pic on Instagram with the caption, "She said YES!," while Khloé tweeted, “Tears of JOY!!!!!!! Wow!!!!!!”

Visit Eonline.com for their official footage.