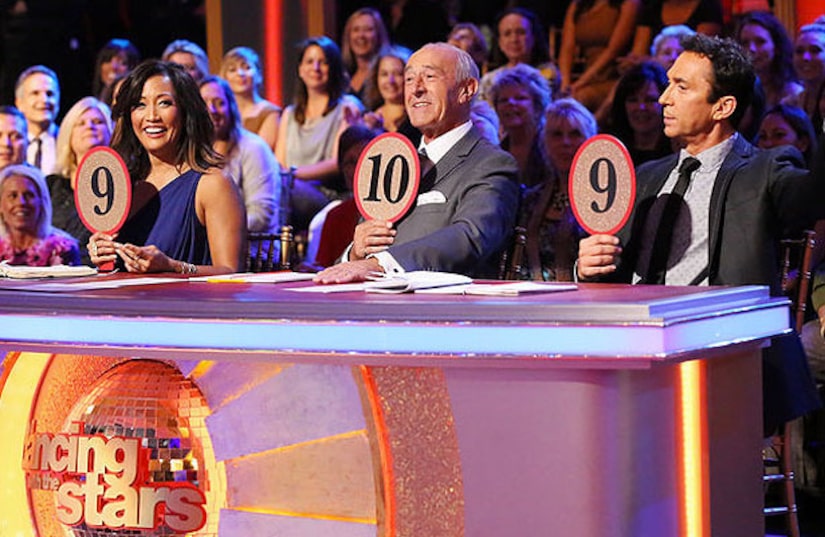 “Dancing with the Stars” was full of surprises on Monday.

First, the contestants were tasked with performing in an improvisational switch-up challenge. They had to show off their dancing skills while dancing to music that suddenly changed in the middle of the routine.

Elizabeth Berkley and Val Chmerkovskiy, and Amber Riley and Derek Hough topped the leaderboard with 32 points each. Jack Osbourne and Cheryl Burke and Bill Engvall and Emma Slater were named the bottom two.

When it came time to announce who would be eliminated, however, hosts Tom Bergeron and Brooke Burke Charvet said that all the dancing duos were safe this week, due to technical issues.

Bergeron explained, "Last week, at the end of the show we had a technical problem. The incorrect phone numbers were shown, and they have resulted in some votes accidentally cast for the wrong couple. So, in fairness, we have decided to discard all the viewer votes and not eliminate anyone this week."

A giant sigh of relief and jubilation filled the ballroom.

This week's judges scores will be added to next week's points, along with this week's audience votes. Tune in to “DWTS” next Monday to see who will be eliminated… for real this time.