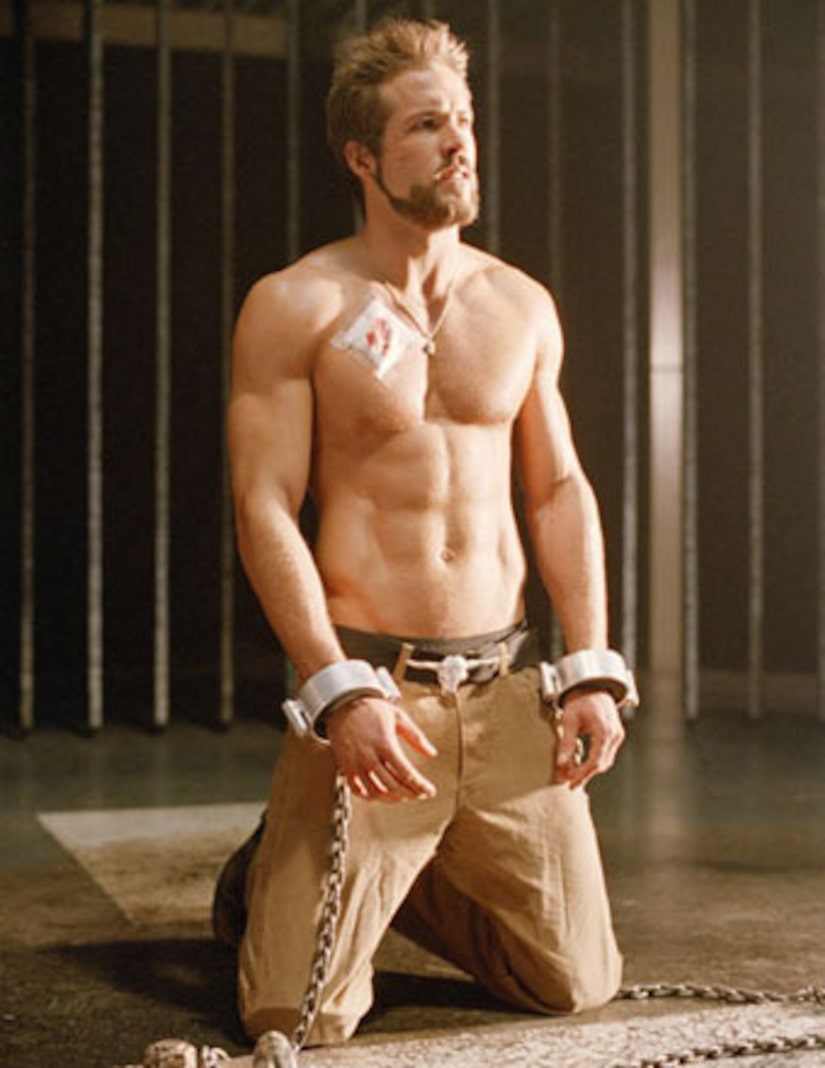 Passengers on a flight from New York to New Orleans were treated to an impromptu peep show last Sunday when Ryan Reynolds stripped down mid-flight! Too bad it was because someone puked all over him.

A source told RadarOnline.com that Ryan, accompanied by wife Blake Lively, was sitting in window seat 2D on the Delta flight when "a young lady in front of him in 1D vomited toward her window, which then spewed back all over Ryan's beige cashmere sweater. She had clearly had too much to drink, causing her to be sick.”

“The vomit looked like it was largely made up of red wine, and it made a huge stain on Ryan's sweater,” the insider said. “So he took it off!”

Flight attendants jumped into action and Reynolds was able to find a clean shirt to wear.

The source said the “giggling” attendants “tried to pretend like nothing happened… but the smell was rancid! Also, you couldn't help but notice Ryan taking off his shirt!”

When the plane landed, Ryan and Blake were whisked away by airport security.