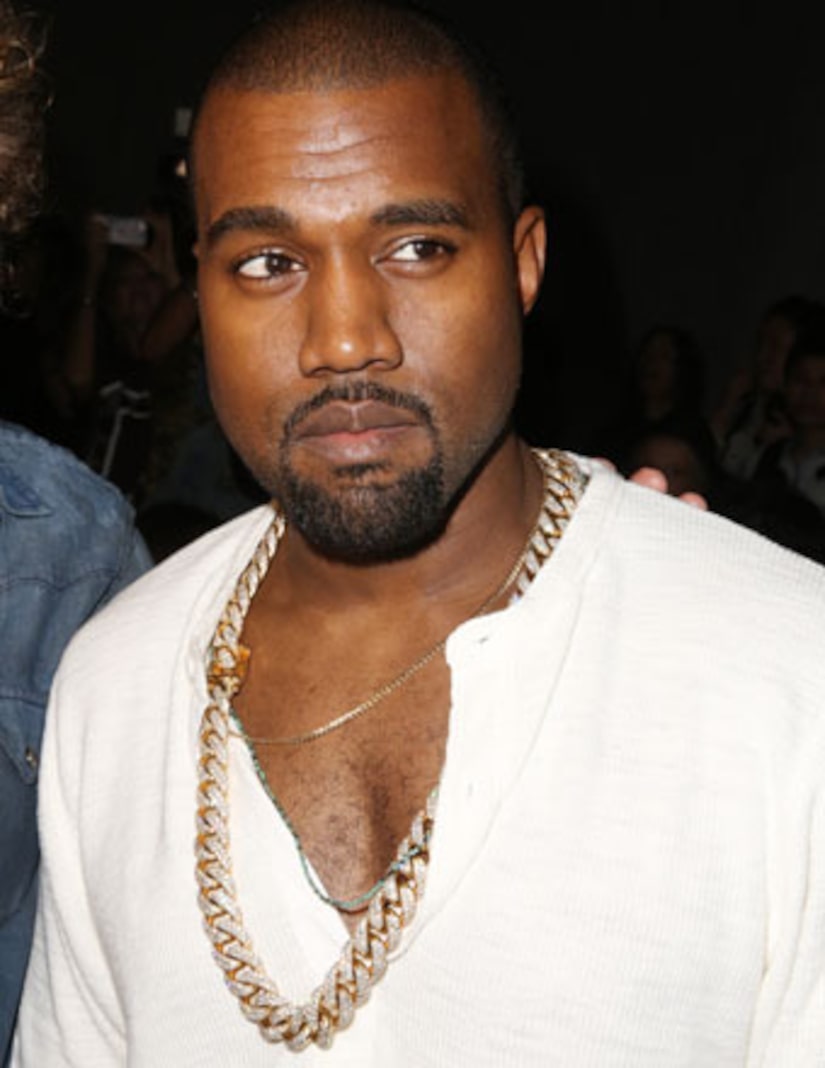 We're having a hard time taking Kanye West seriously these days, especially after his trip to Seattle this weekend. West kicked off his “Yeezus” concert tour in the Northwest (how fitting), among the highlights… a major wardrobe malfunction, naked pictures of GF Kim K and a special appearance by Jesus!

Here are five ridiculous moments from the weekend: 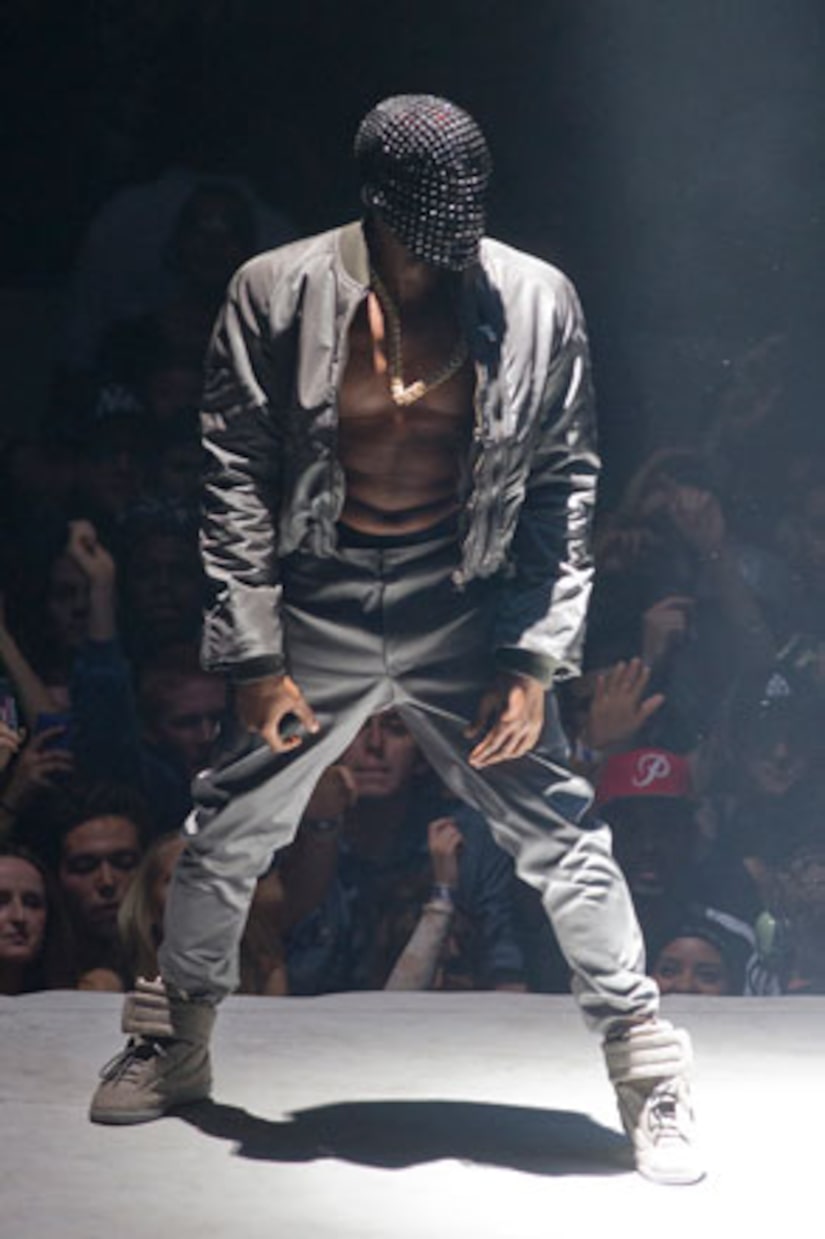 We See London, We See France…
Not long after Kanye took the stage in a Lady Gaga-esque bejeweled mask and Latex pants, he suffered a major wardrobe malfunction. Us Weekly reports the rapper went for a crotch grab and accidentally ripped his pants, exposing his underwear to the world.

Hot-Tee
West isn't keeping Kim Kardashian all to himself, in fact, he's willing to walk around with her naked picture on his chest! The eye-popping t-shirt he wore prior to the concert, featured the reality star in nothing but necklaces and the word “Yeezus” printed across the front. See the pic.

Yeezus and Jesus
Seattleites were treated to a very special guest appearance by Jesus! The Son of God stood face-to-face with Kanye on stage, telling him he needed the rapper to “show people the light. The light of truth and the light of beauty,” before West sang “Jesus Walks.”

'Corniness' Meets 'Artistic Genius'
The Seattle Times summed up the kickoff perfectly, calling it a “two-hour rap-opera” that was “grandiose yet minimal, unsettling yet inspirational -- and often tiptoed the line between theatrical corniness and artistic genius.” Read the entire review here.

Catch You Later, Vancouver
Kanye blew-off his second show, set for Vancouver, B.C. on Sunday night, and no one knows why. Reports indicate a truck full of equipment was stolen Saturday night, leading to the postponement. The concert has been rescheduled for Oct. 31. Hopefully those ticket holders don't have Halloween plans!