"Sex and the City" resident heartbreaker Chris Noth, best known as Bradshaw's beau Mr. Big, was ordered by director Michael Patrick King to lose weight before they shot the first film version, Noth revealed to the HuffPost Live on Thursday.

Noth explained, "When we were doing the movie of 'Sex and the City,' Michael Patrick King came up to me and said, 'Listen, dude, we're not calling you Mr. Big because of the size of your stomach, so go lose that before we start shooting.'" 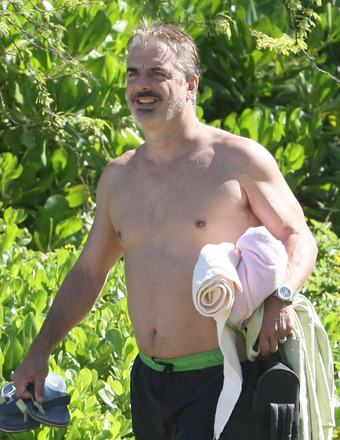 "The Good Wife" star said, "We celebrate food in New York and L.A., we have food courts and food shows… I love food."

Earlier this year, "Sex and the City" co-star Sarah Jessica Parker told "Extra" another sequel may be in the works. “I’ve been saying… there is one story left to tell. If it’s, in fact, the right time and the right place, then maybe we should tell it. It would be wonderful. It’s fun to ponder.”

Who's your favorite "Sex and the City" character? Tell us now on our Facebook page!