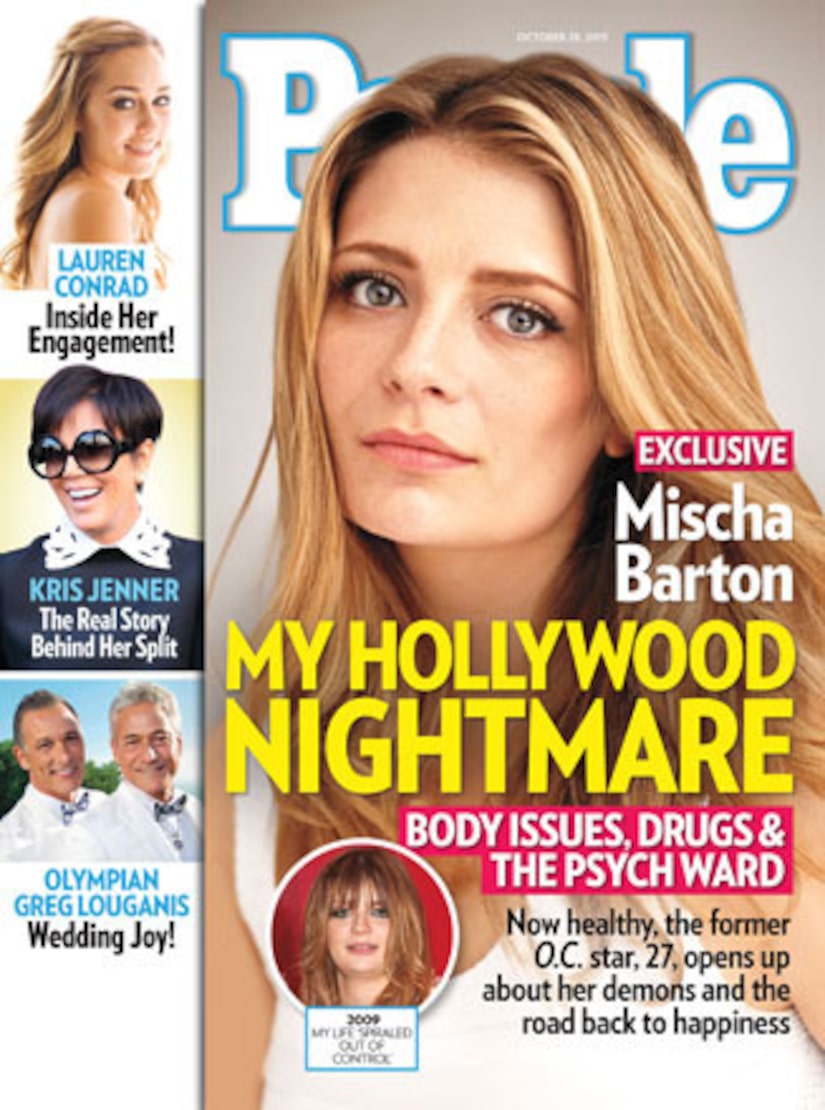 Actress Mischa Barton, 27, is opening up for the first time about her 2009 mental breakdown and involuntary 5150 hold.

By 2007 (the year “The O.C.” wrapped) she had been arrested for DUI, and then in 2009 -- just after her family tried to stage an intervention -- she blacked out from a sedative.

When she threatened to commit suicide, she was rushed to the psych ward at Cedars-Sinai Medical Center and placed on a 5150 hold.

"It was a full-on breakdown," she explained. "I was under enormous pressure."

Afterward, she slowed down and focused on her health… and started to gain weight.

Mischa was used to being picked on for being too thin, with comments like, "She's too skinny, she must be sick." When she began recovery, the body bullying continued. "Then it was, 'She's too big.' I was never the right weight."

Barton insists she's “learned a lot” and is “stronger now.” Her career is on an upswing. Her new supernatural thriller, “I Will Follow You Into the Dark,” was released earlier this month, and a TV pilot with Frankie Jonas called “The Gutsy Frog" is on the horizon.

Mischa also has a London boutique where she sells her new cosmetics line, handbags and clothing.