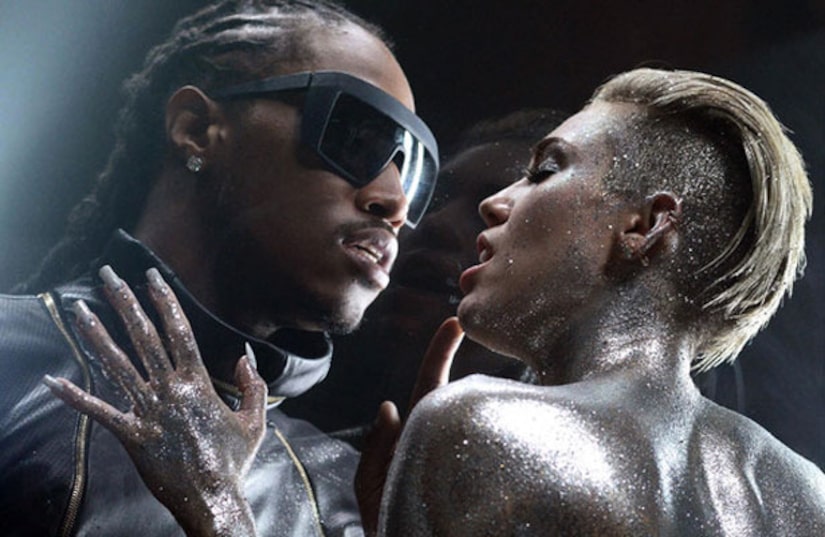 We can't stop Miley Cyrus… from getting naked! The habitually nude starlet has done it again, this time for rapper Future's new music video, “Real and True.”

Stripped down, dipped in silver and laid out on table, Miley appears to be portraying some kind of super hot alien.

Cyrus is featured on the new single, just one of her and Future's many collaborations. The track will appear in December on his sophomore album, “Honest.” The rapper is also featured on the former child star's new song, “My Darlin'”

Future told RapFix Live, "The songs I did with her are very touching. Certain days it's about money, partying and vibing, and some days [it's about needing] somebody to stand by you and hold you down. Certain days you wanna know if the love that you're with is really true, and one song we got is basically around all those subject matters."

Look for the new "Real and True" music video on Friday!