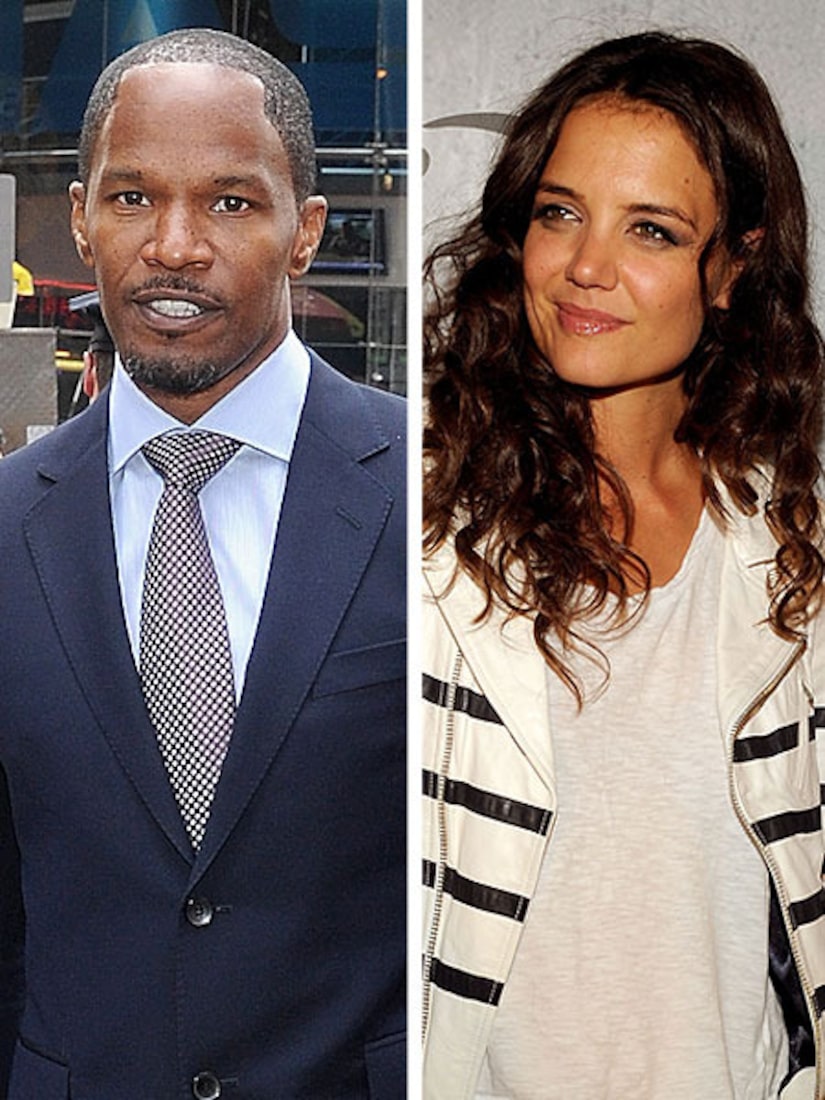 Actor Jamie Foxx responded to rumors on Tuesday that say he and pal Katie Holmes are a hot item.

Foxx reportedly said, "(The rumors) are 100% not true” and called the whole hullabaloo “hilarious.”

In Touch Weekly broke the story on Monday, with a source saying, “Katie and Jamie have been dating for a while,” adding that the new couple has been spending time at Katie's apartment and are keeping it “very 'Mission: Impossible'”

Sparks were flying between the actors when they danced to Robin Thicke's “Blurred Lines” and Daft Punk's “Get Lucky” at a Hamptons charity bash in late August, but her rep denied they were anything more than friends. Her rep told "Extra," "I only know they are friends."

Jamie is a longtime friend of Katie's ex-husband, Tom Cruise; the actors starred together in “Collateral.”