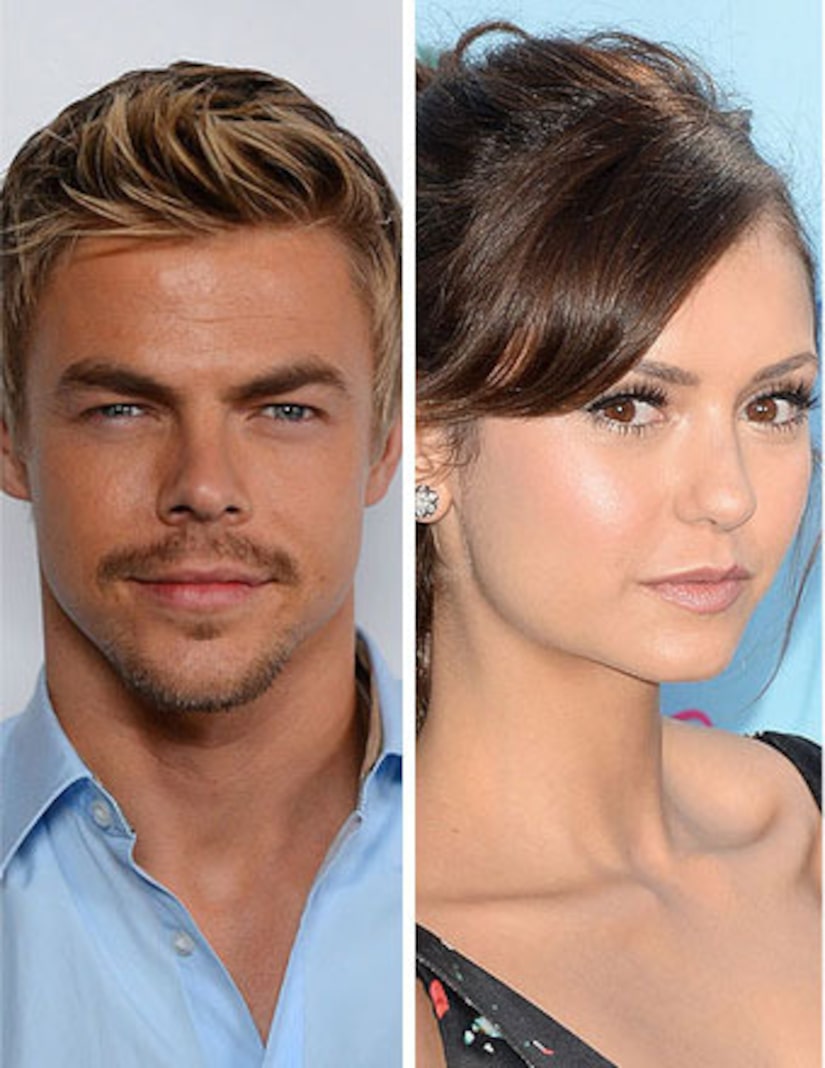 Hollywood's cutest new couple has already broken up! Us Weekly reports that Derek Hough and Nina Dobrev have ended their six-week whirlwind romance.

The twosome stepped out publicly for the first time on October 5 at the Universal Studios Hollywood Halloween Horror Nights, but the fling didn't last.

Sources claim the relationship had “played itself out” and “the distance was too much to handle.” Hough was competing on “Dancing with the Stars” in L.A. while Dobrev was working on the “Vampire Diaries” set in Atlanta.

An insider told the mag that Nina was hanging out with Derek's sister Julianne a lot, and “then she fell for him" in late September.

The two women remain friends. A source insisted, "Julianne understands -- there are no hard feelings."