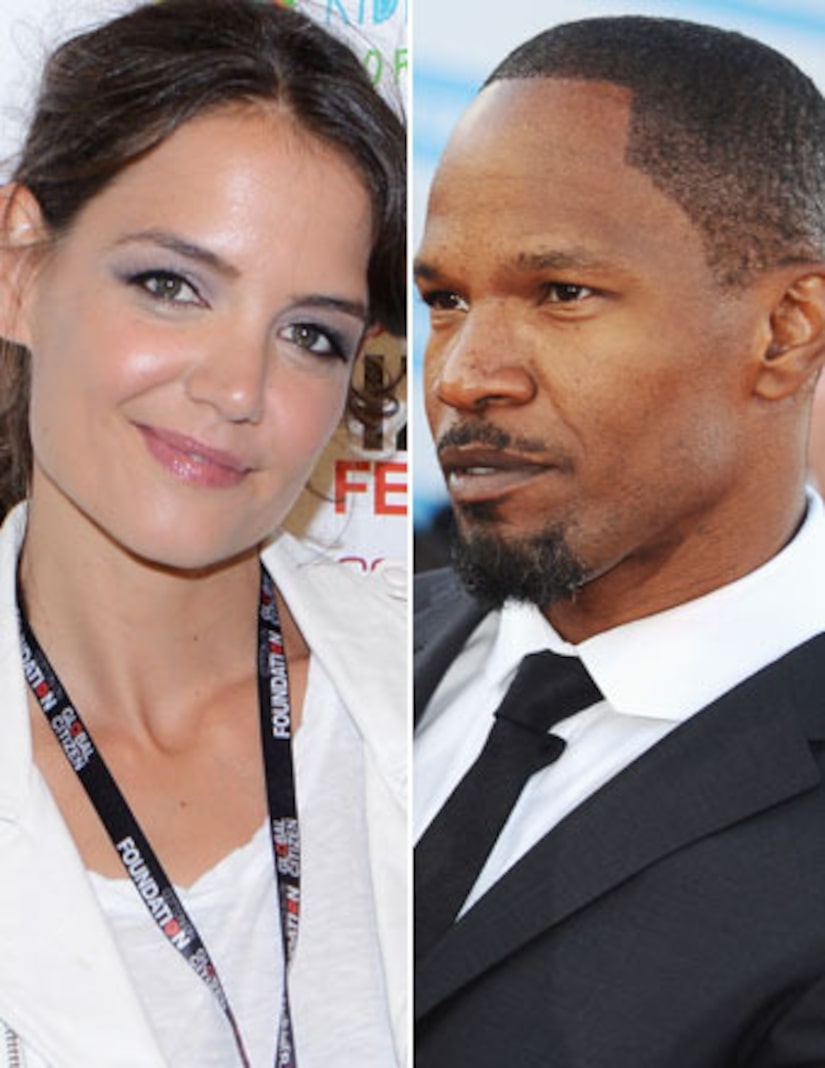 Katie Holmes has a new man! According to In Touch, she's dating Oscar winner Jamie Foxx.

“Katie and Jamie have been dating for a while,” an insider revealed, adding that the new couple has been spending time at Katie's apartment.

“They're very 'Mission: Impossible' about their romance,” the source said.

A second insider said the two were spied in mid-September when Katie stayed the night with Jamie at the Trump Soho Hotel.

Apparently, a driver arrived to pick up Foxx the next morning, but it was Holmes who jumped into the car, requesting a ride to her Chelsea apartment.

Sparks were flying between the actors when they danced to Robin Thicke's “Blurred Lines” and Daft Punk's “Get Lucky” at a Hamptons charity bash in late August, but her rep denied they were anything more than friends. Now, her rep tells "Extra," "I only know they are friends."

Jamie is a longtime friend of Katie's ex-husband, Tom Cruise; the actors starred together in “Collateral.”