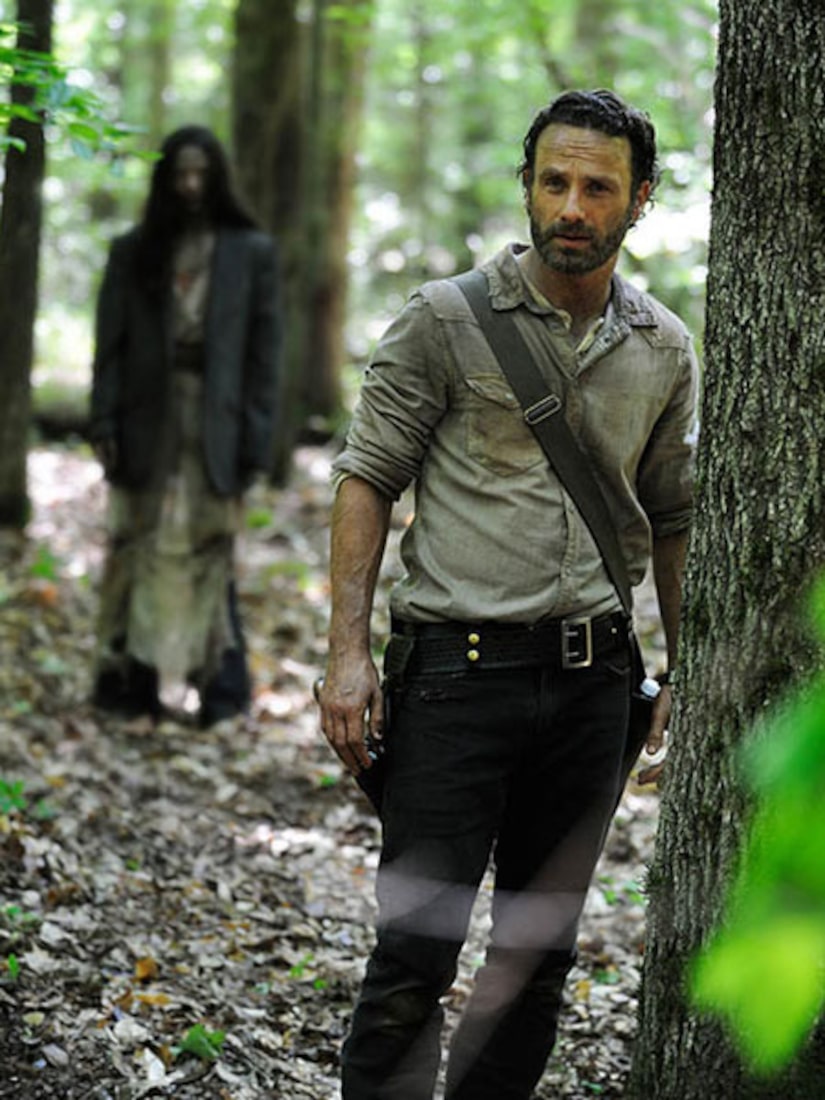 It's a whole new world on “The Walking Dead”! On the Season 4 premiere, Rick and friends have teamed with residents of Woodbury at the prison, and the penitentiary is bubbling with love, laughter and life. Carl is even acting like a kid again.

Of course, there's no shortage of zombie run-ins.

Here are some of our favorite scenes and moments from the new episode, “30 Days Without an Accident.”

Long Time Coming: It's on! Fans finally got confirmation that Carol and Daryl are hooking up (she even called him Pooky!). 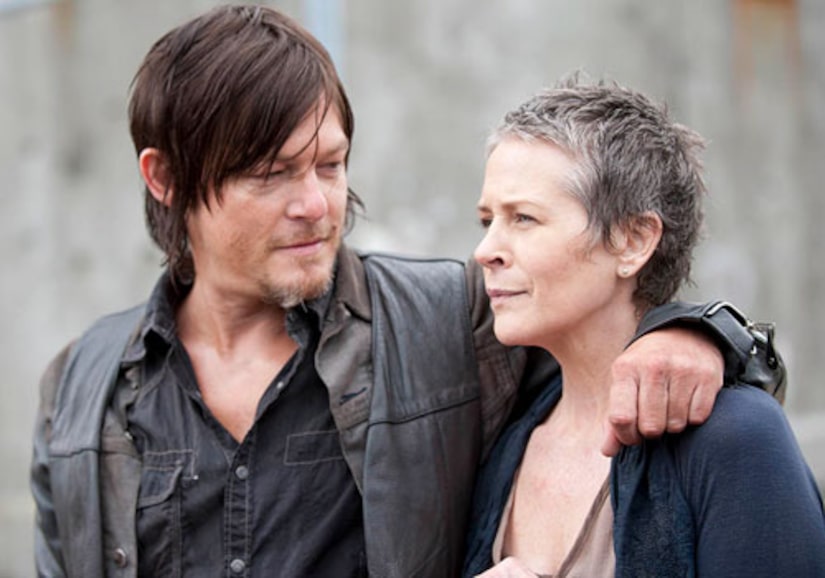 It's Raining Zombies: While out on a food run, the team is caught unaware when zombies start falling through the ceiling!

Sickos: First Carl's favorite pig Violet gets sick and then a Woodbury newbie, Patrick, falls ill. Is there a new virus going around in the close quarters of the prison? 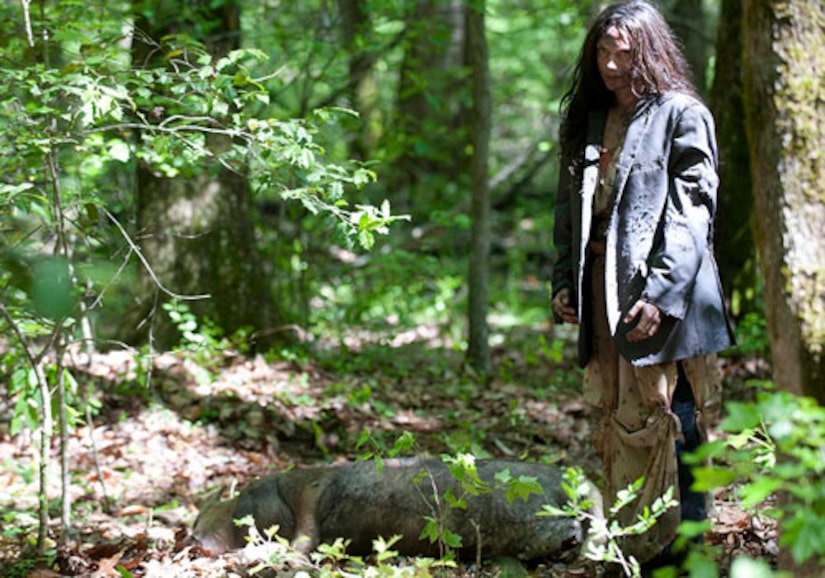 Crazy Town: At first it seemed Rick was back in crazy town when he met a woman in the woods who was dressed as a zombie. It turns out she was the one losing her mind. After trying to feed the ex-cop to her undead husband, she committed suicide.