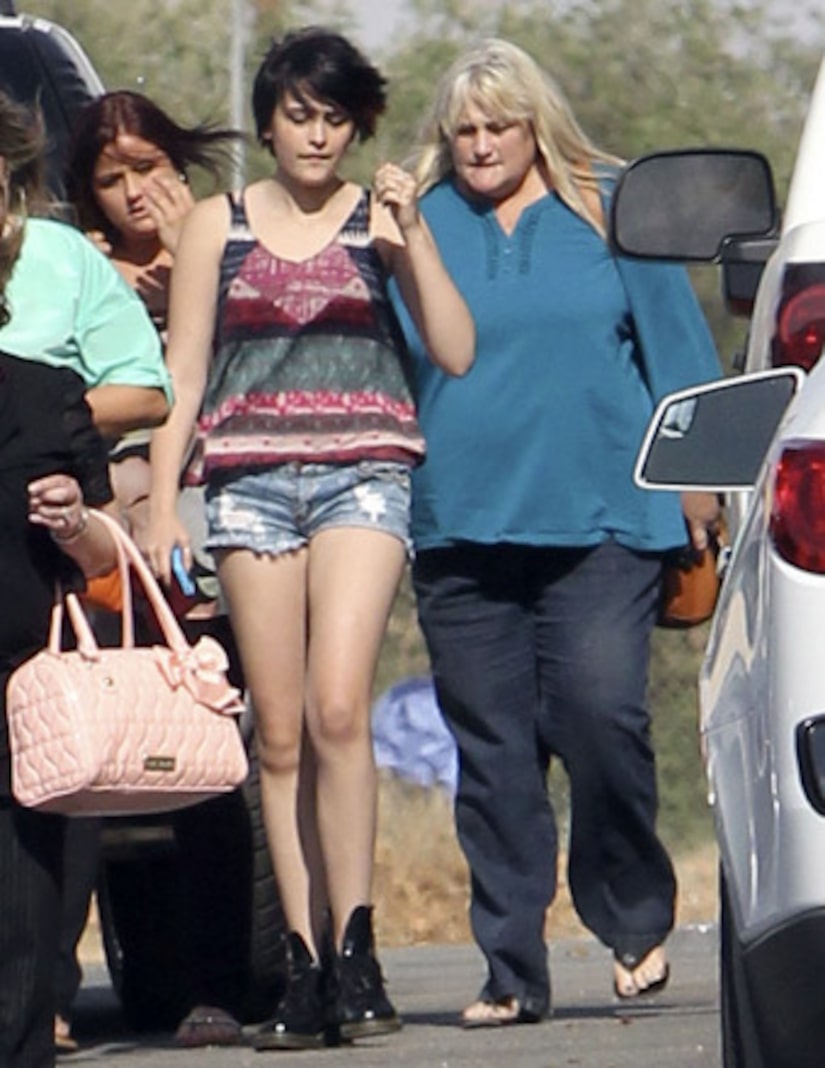 It sounds like Michael Jackson's ex-wife Debbie Rowe's week is off to a dramatic start.

On Monday, Rowe, who lives in Palmdale, CA, tweeted, “You know it's a great day when Los Angeles County Sheriffs come to the door to say good morning and you have another stalker or cra cra.”

After laying low for some time, Rowe is back in the spotlight as she takes a more active role in daughter Paris' life.

The Sun reports that Rowe is expected at a custody hearing for Paris this week, where a judge could grant her co-guardianship with Michael's mother, Katherine Jackson.

Following a suicide attempt in June, Paris transferred to a therapeutic boarding school in Utah.