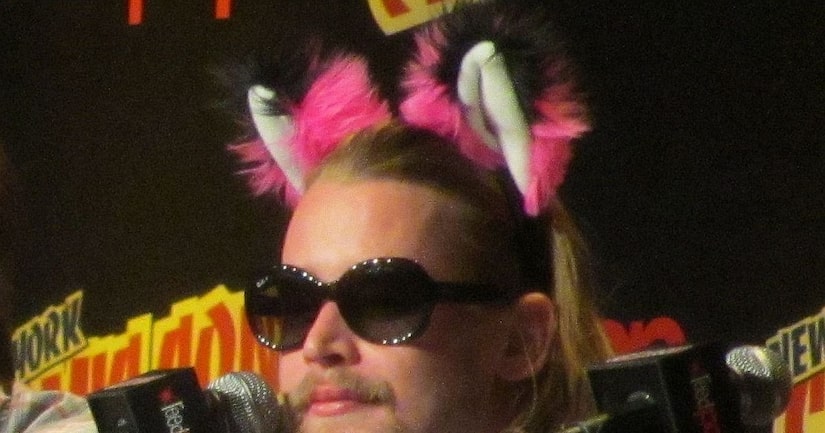 Macaulay Culkin made a rare appearance in NYC on Saturday, looking a little eccentric.

The “Home Alone” star was at the Con with friends Seth Green, Breckin Meyer and Matthew Senreich for the “Robot Chicken” panel. At one point, the guys got silly and Culkin licked Green's face as the crowd erupted in laughter.

When a fan asked where Macaulay had been hiding since making “Saved” in 2004, he replied, "Hiding under a rock somewhere."

Well, not exactly. He starred in the 2011 film “The Wrong Ferrari,” which was filmed entirely on an iPhone. Eonline.com reports that the 33-year-old has also taken up painting and has shown his work at exhibits around NYC.