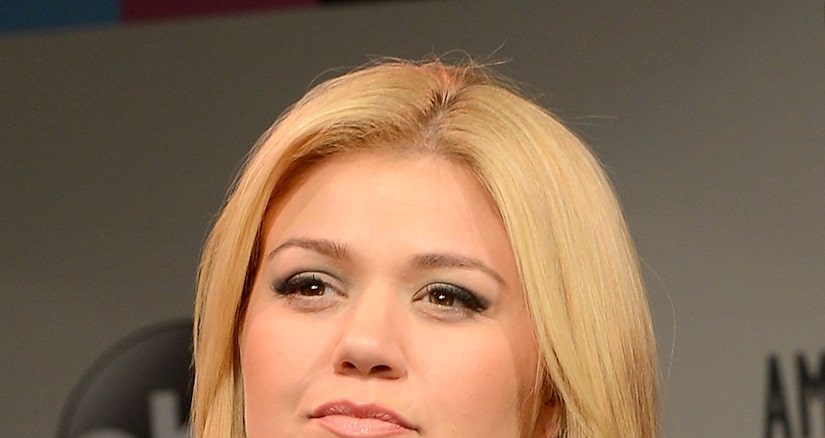 “Extra’s” AJ Calloway sat down with Grammy-winning singer Kelly Clarkson on Thursday, and she cleared up her controversial “Pitchy Strippers” tweet regarding MTV’s VMAs and her true feelings about Miley Cyrus.

Clarkson explained her VMAs comment. “Pitchy strippers… It was more me just being funny. I guess I saw about six performances from it (the VMAs) and I was just being funny. Everybody says stuff and I didn’t even put names on it. People did not think it was funny. I did. That’s okay, I make myself laugh.”

Calloway said that many thought the VMAs tweet was aimed at Miley Cyrus’ performance. Kelly insisted, “That’s not my fault. I didn't say any names… I'm not dragging anyone’s name in the mud. Everybody’s art is their art. I was just simply expressing my artistic point of view. Ain’t nothing wrong with being a stripper, maybe be on-key. Be the best dang stripper you can be.”

As for Clarkson’s thoughts on Miley’s music, the “Because of You” singer said, “My favorite is actually ‘Wrecking Ball.’ I love that song. That’s a killer song. And I just love the intimacy…”

Clarkson also enjoyed Cyrus’ “Saturday Night Live” performance. “It was outstanding. I loved it. I love that song and she’s quite a singer.”