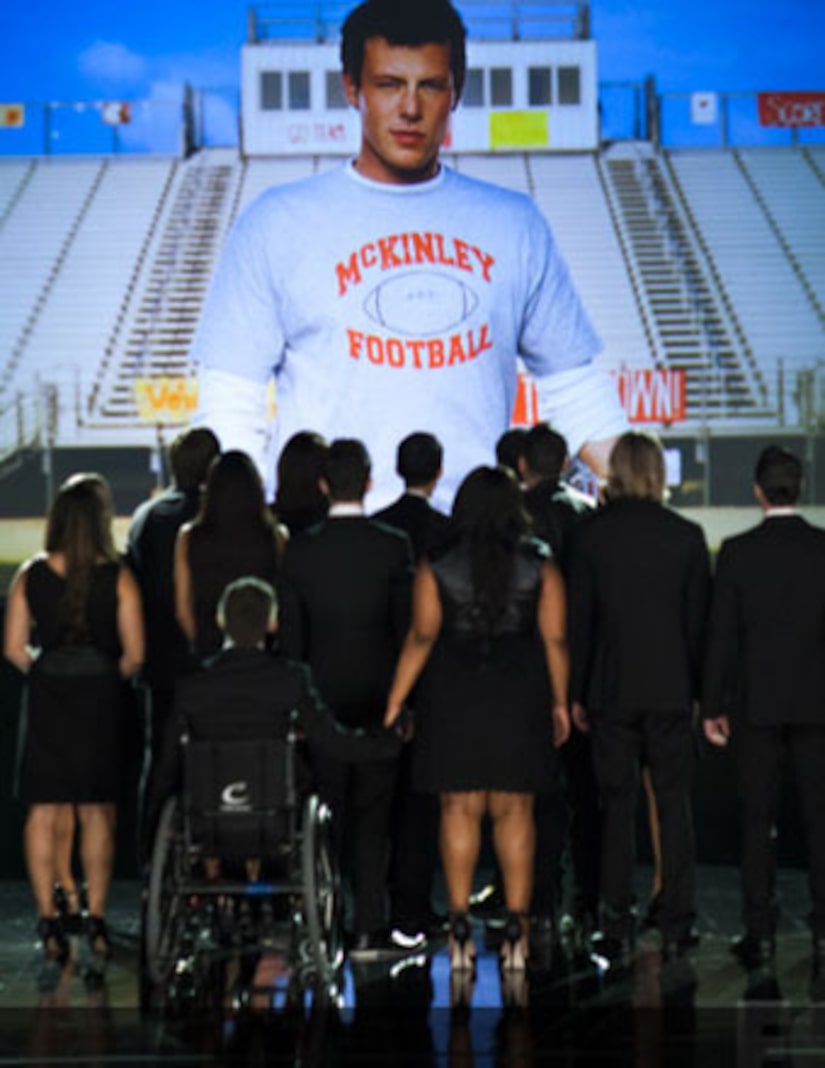 The cast of “Glee” said goodbye to Cory Monteith's Finn Hudson on Thursday in a tearful tribute that paid homage to the beloved singing quarterback in heartbreaking song.

"Glee" producers decided to use the episode, called "The Quarterback," to honor Finn and shine a spotlight on his grieving friends.

In fact, the cause of Finn's passing was never revealed.

At one point Kurt (Chris Colfer) says, “Everyone wants to talk about how he dies, too. But who cares? It is one moment in his whole life. I care more about how he lived.”

Later in the episode Rachel (Lea Michele) says to Mr. Schu (Matthew Morrison), “I hear his voice so clearly. Do you think I will ever forget it?”

The musical numbers were devastating. The group paid tribute with “Rent's” “Seasons of Love,” while Cory's on and off screen girlfriend Lea Michele remembered him with Adele's “Make You Feel My Love,” and Naya Rivera gave a moving performance of The Band Perry's “If I Die Young.”

Scroll down for the six performances that broke our hearts.

Amber Riley, "I'll Stand By You"

Naya Rivera, "If I Die Young"