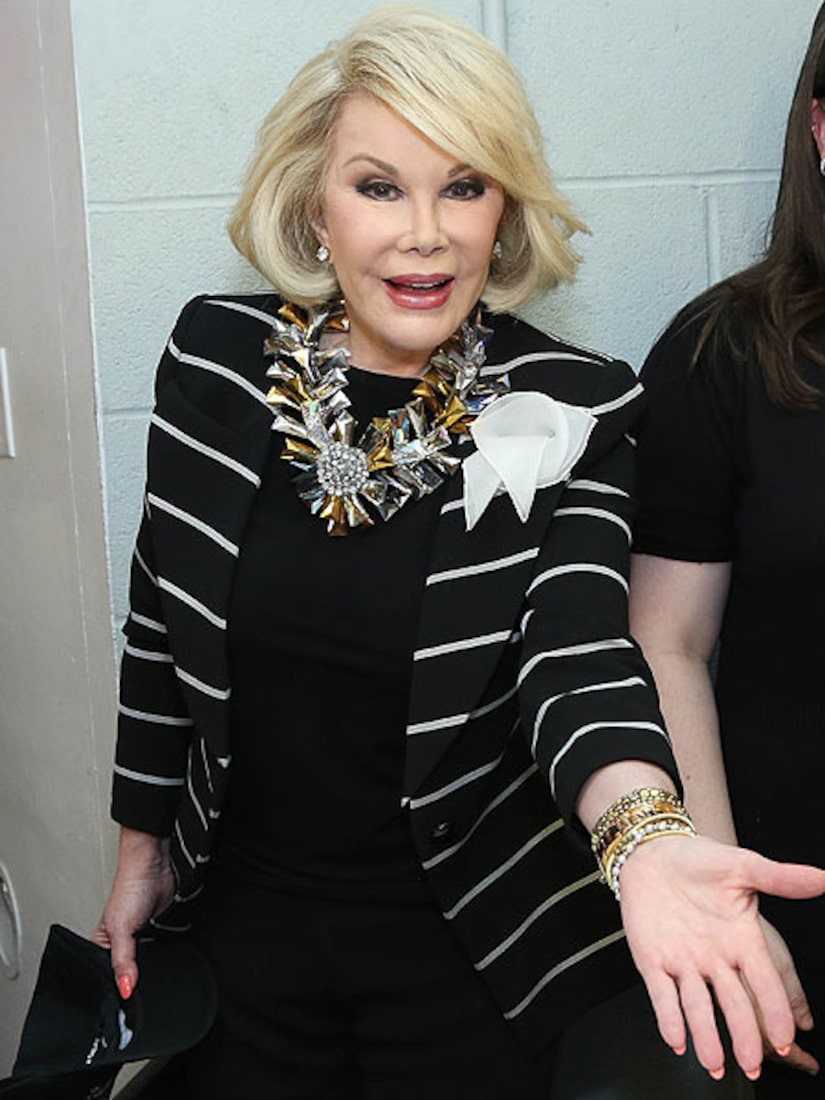 Veteran funnywoman Joan Rivers is being sued over a condo dispute in her ritzy NYC building.

Former tenant and socialite Elizabeth Hazan signed her condo over to Real Estate Holdings Group, a Belize-based corporation, and in July, they filed a $15-million lawsuit against Rivers, who is President of the condo board.

Hazan, who lives mostly on exclusive Fisher Island off Miami, said she bought the $2-million pad in 2005 for use when she came into town. When she moved in, Hazan claims Rivers did not welcome her.

The 41-year-old spoke with the NY Daily News and slammed Rivers, 80. “She spat in my face and called me a whore in front of my mother and brother when they were visiting me. Most mean woman you can imagine… Her problem with me is that I'm young, she's old, I'm beautiful, she's ugly. Without makeup she looks like the Joker in Batman.”

Rivers' lawyer told the Daily News, “I can't comment on what she's saying. I can tell you (the dispute) is over common charges, over $200,000 in unpaid fees and two prior actions pending. We're looking at the latest lawsuit and preparing a response.”

The East Side building was a mansion that built in 1910 and later converted into six units, with Rivers occupying the $29.5 million penthouse for the past 25 years.

A judge denied the corporation's bid to be allowed immediate access to Hazan's former digs. He ordered both sides to return to court later this month to resolve the issue.