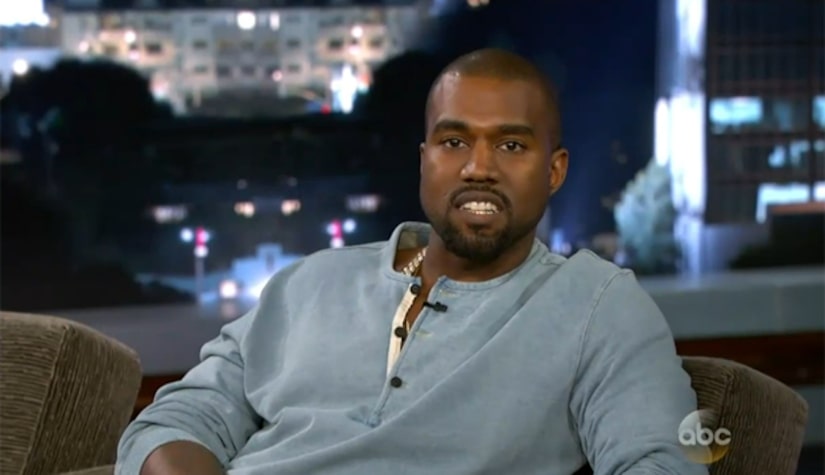 Although there were a few tense moments, Jimmy Kimmel and Kanye West finally hugged it out on “Jimmy Kimmel Live!” -- thus ending their brief feud.

The late-night funnyman and the temperamental rapper made peace as they conducted a surprisingly candid conversation about the pressures of being a celebrity. Here are five of the best moments.

Before West was brought out, Kimmel denied speculation the feud was faked, like the epic twerk fail viral video he orchestrated. “I wish I had thought of that. I just didn’t. You know, honestly, I’ve been too busy masterminding the giant prank going on in Washington D.C. right now. That one is going gangbusters.”

The whole feud started when Kimmel debuted a sketch on his show in which children re-enacted an interview West gave to BBC Radio. West immediately went on a Twitter rant against Kimmel, demanding a public apology.

On Wednesday's show, Kimmel admitted that he'd only watched a little of West's BBC Radio 1 interview when they did the sketch, and said he mostly did it because he thinks it’s funny when “kids curse.”

West explained he aimed his ire at Kimmel because he knew him, unlike most of the media that write bad headlines about him. Said Kanye, "This is the one person I know, so I can go and let out everything that I feel about every single bogus Weekly cover. Every single bogus skit... Every person who feels it's OK to treat celebrities like zoo animals.”

Kimmel Doesn’t Think Kanye is a ‘Jerk,’ Like Some People

The late-night host told Kanye, "A lot of people think you are a jerk. I often in my own personal conversations say, 'No. I know this guy. He is not a jerk.’”

Kimmel then showed a picture of West smiling with the TV host's father at a wedding, and recounted how nice the rapper was to everyone there. 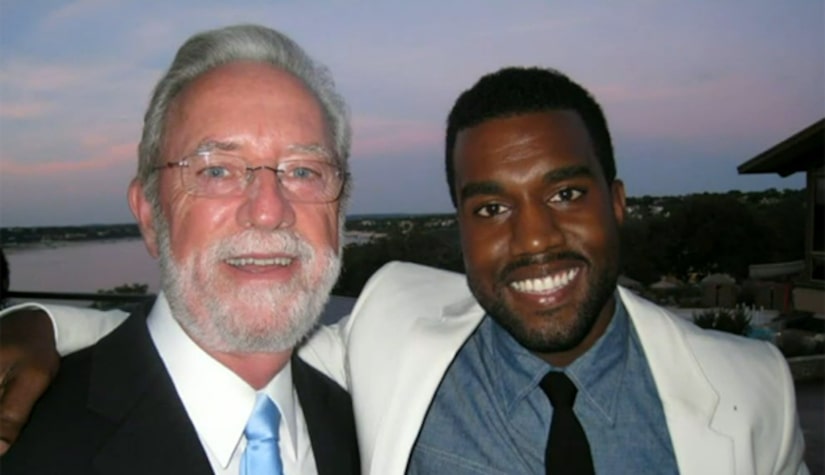 West reiterated that he believes himself to be a “creative genius,” to which Jimmy responded that was "a weird thing to say," but found it honest.

The rapper replied, "I'm totally weird. I'm totally honest and I'm totally inappropriate sometimes. For me to say I wasn't a genius -- I would just be lying to you and to myself." That got a big applause from the audience.

Wait, Did Kanye Crack a Smile? 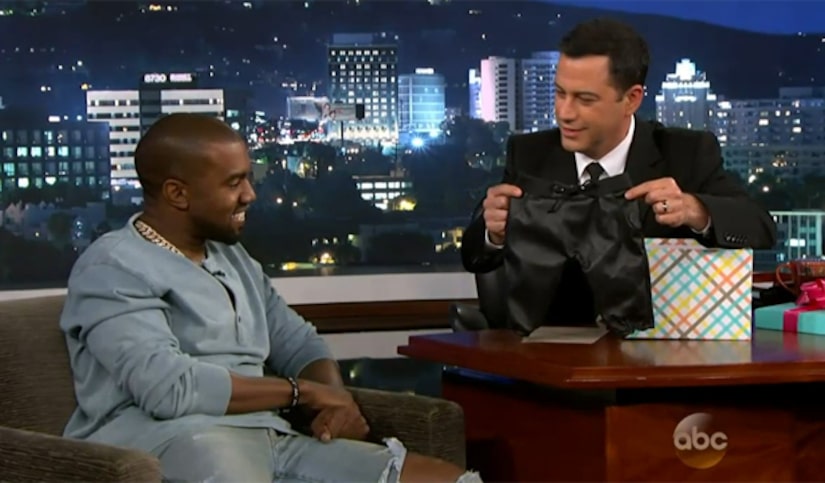 The laughs didn't last long, however, and minutes after the show, Kanye's security detail had a confrontation with a fan that rushed too close to Kanye's car.