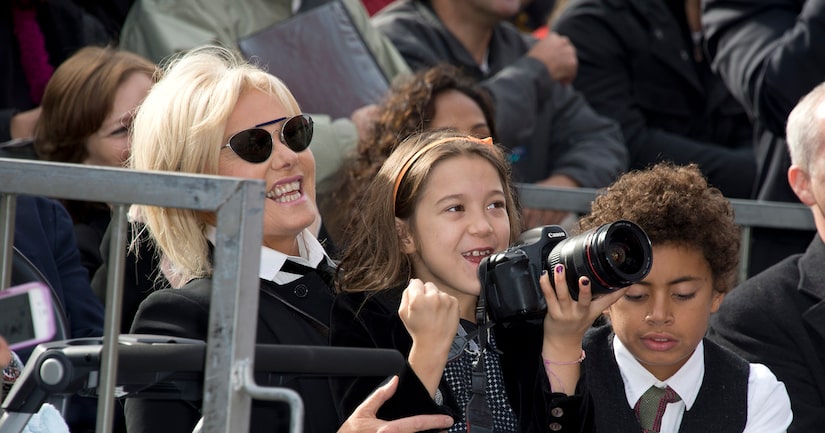 “Extra” caught up with Deborra-Lee Furness, Hugh Jackman’s wife of 17 years, at the Congressional Coalition on Adoption Institute's Angels in Adoption Gala in Washington D.C. on Wednesday night. Jackman and Furness, who adopted both of their children, Ava, 8, and Oscar, 13, were honored for their work in shining light on adoption, alongside “Duck Dynasty” Stars Willie and Korie Robertson.

When asked about other celebs who have adopted, like Sandra Bullock and Charlize Theron, Deborra-Lee explained, “We all belong to the same club. We have shared this journey. So that’s what I say when I say ‘Let’s talk about adoption.’ It used to be… in the past… secret, or there was a stigma to it. I’m saying now let’s be very vocal, very transparent. Let’s talk about adoption and share our experiences as mothers, as fathers, in how to parent our kids that have traveled a different path.”

On whether other Hollywood stars like Bullock and Theron spoke with her when they considered adopting, Deborra-Lee said, “Yeah, I’ve had conversations with people who are going through the process and how it feels and what it’s like.”

Regarding Furness and husband Hugh’s upcoming plans to continue promoting adoption, she revealed, “We have so many ideas, it’s scary. It’s a think tank at our house… we are working on a global campaign… I’m asking a lot of brilliant minds and creative people to come together.”

Find out how you can help at CCAInstitute.org.