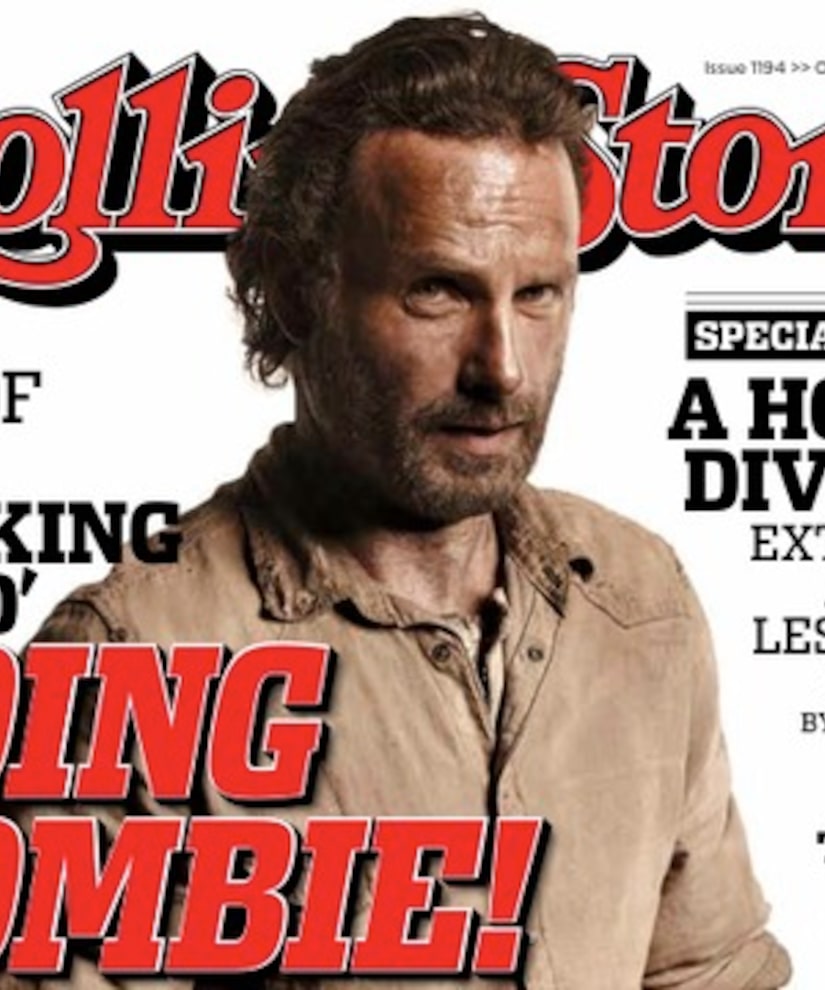 With the Season 4 premiere of "The Walking Dead" around the corner, star Andrew Lincoln graces the cover of Rolling Stone magazine, where the zombie killer talks about his character, Rick Grimes, and what it's like losing co-stars to the apocalypse.

When asked about how his "Walking Dead" part differs from other acting roles, Lincoln said, "It ain't cool. It ain't sexy. It's not arch. It's raw. It's grungy. It's all about a visceral reaction because the characters don't get the chance to drink cappuccinos and talk about iPods. That ain't the show. This is the guy that people fall behind, whether he's right or wrong.”

Lincoln then dished about his co-stars falling victim to the show's zombie apocalyptic universe. “The most daunting part of leading this thing is that we lose so many key members that established the culture of the show. It's terrible when you lose people. It feels somber while we're shooting now. Which is right! This is what it's about. Everybody hunkers together, somebody else joins the family, and we get through it.”

Watch "The Walking Dead," Sunday nights at 9PM on AMC.