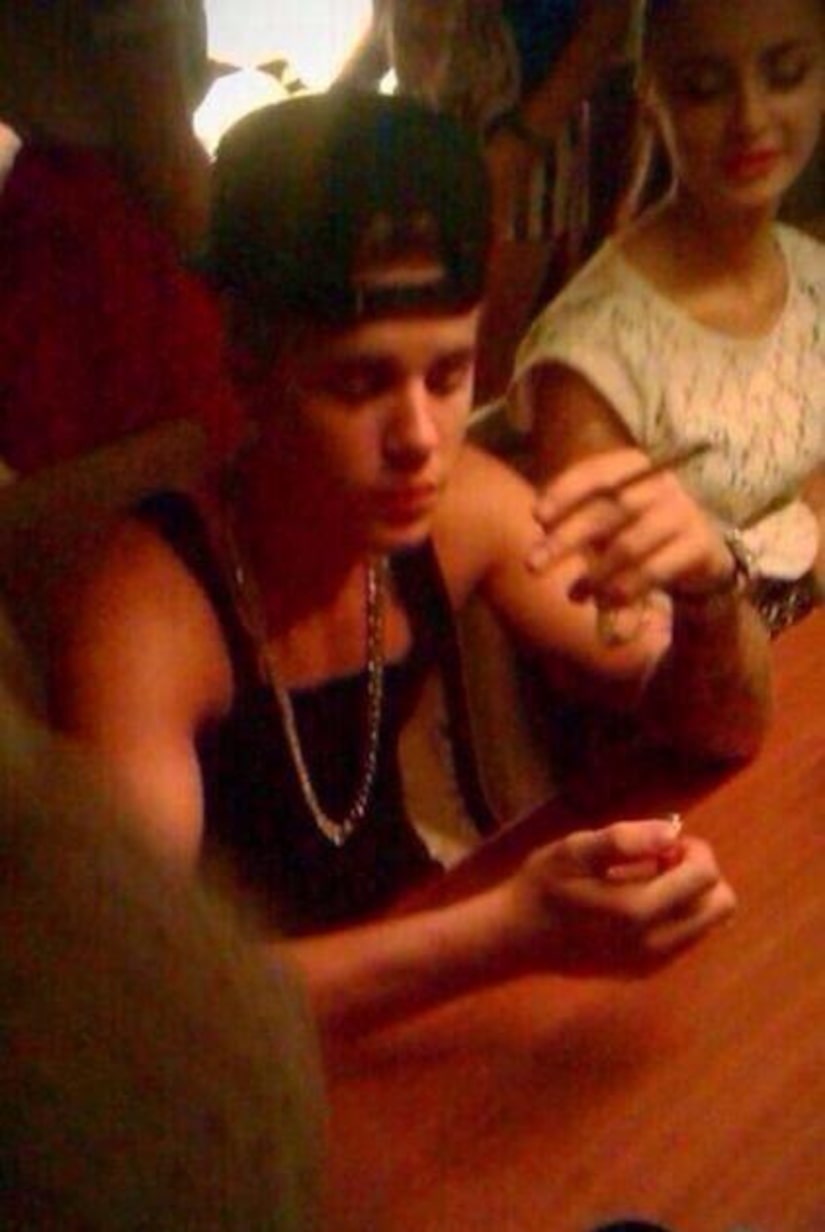 Pop star Justin Bieber may have been photographed smoking weed at a party again -- only this time, the Biebs was snapped next to a celeb who he is reportedly dating, according to TMZ.

The photo, which was posted and shared on social media Monday, shows Bieber holding what appears to be a joint and a lighter, next to a girl who resembles singer Ariana Grande.

Sources close to both singers say the girl in the photo is not Ariana, and the pic was photoshopped.

On Monday morning, bad girl Miley Cyrus tweeted a pic of herself wearing a shirt of the "Beauty and a Beat" singer surrounded by marijuana leaves and the words, "Reefer Fever." 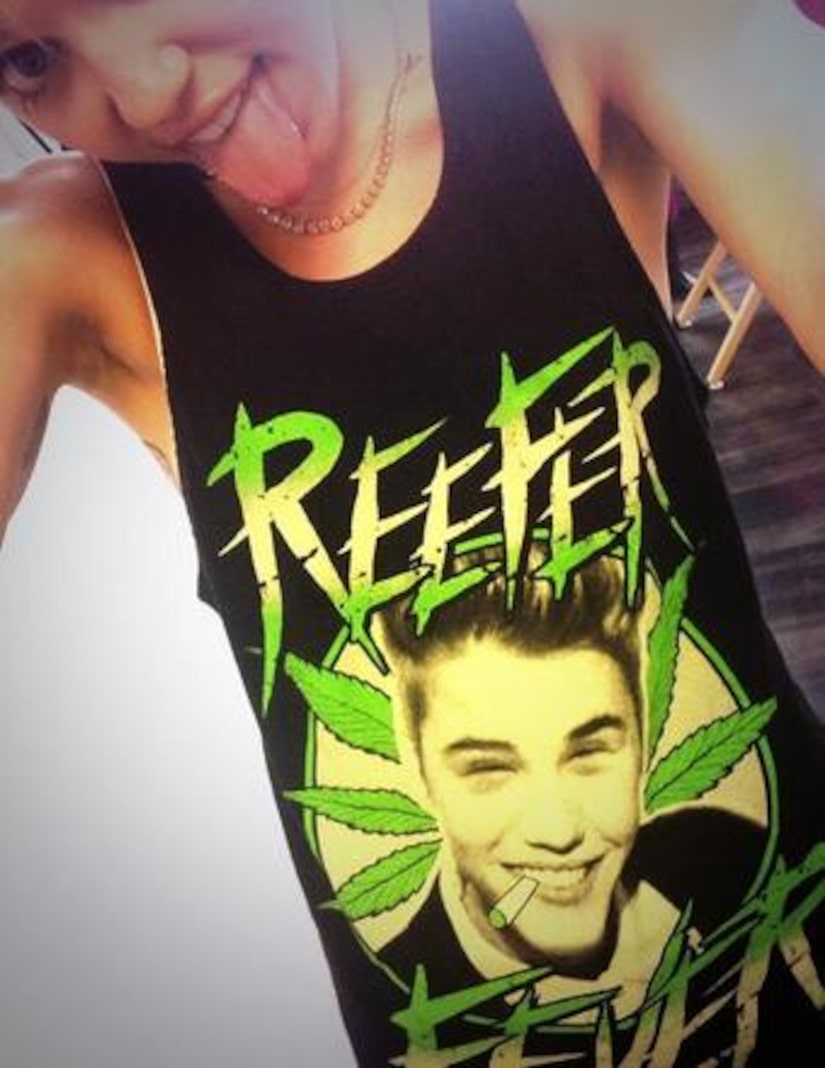