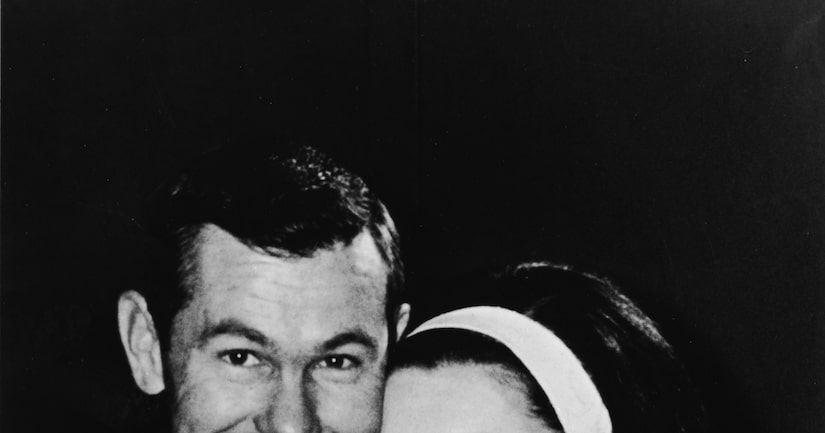 Imagine Johnny Carson toting a gun and breaking into the secret apartment of his second wife, Joanne Carson, to find out she's been cheating on him with NFL great Frank Gifford.

In a new tell-all book by Henry Bushkin, a lawyer who worked for the “Tonight Show” host for 18 years, he describes that exact scenario in an excerpt posted on EW.com.

Bushkin claims the incident happened in the early '70s, and that he and Carson broke into Joanne's secret Manhattan apartment when she wasn't home and found it full of pictures of the football star.

According to the excerpt, a heartbroken Carson's raincoat fell open at that moment, and Bushkin writes, “I was shocked to see that Johnny was carrying a .38 revolver in a holster on his hip.”

Joanne Carson, now 81 and living in Bel-Air, Calif., is shooting down the entire story. She told The Post that she never had an affair with Gifford, saying they were friends, but she did recall that Johnny was "jealous."

Gifford's wife, Kathie Lee Gifford, also denounced the story on “Today” on Tuesday, saying she asked hubby Frank, 83, about it.

"Tell me, it was long time ago. Did you have an affair with her?" she asked him. "He goes, 'I can't remember! Maybe.'" Then, turning more serious, Kathie Lee said, "No, it's not true."

Frank was married to first wife Maxine at the time. He and Kathie Lee married in 1986, more than 15 years after the alleged affair with Carson's wife.