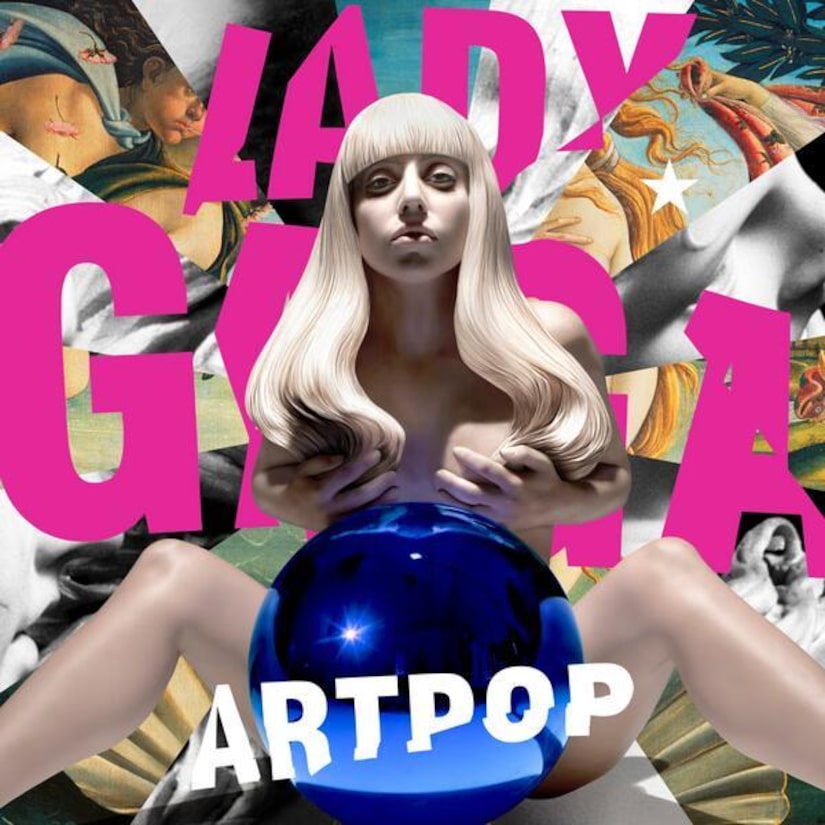 Gaga shared the photo with her little monsters with the caption, "FULL ARTPOP ALBUM COVER. 'One second I'm a Koons, then suddenly the Koons is me!' #ApplaseJeffKoons."

The Jeff Koons design features a sculpture of Gaga with a blue ball between her legs and sliced-up images in the background, including Botticelli's "The Birth of Venus," which she recreated in her "Applause" video.

On Tuesday, Gaga will release the lyric video for her new single, "Aura." The track will be featured on Robert Rodriguez's upcoming flick "Machete Kills."