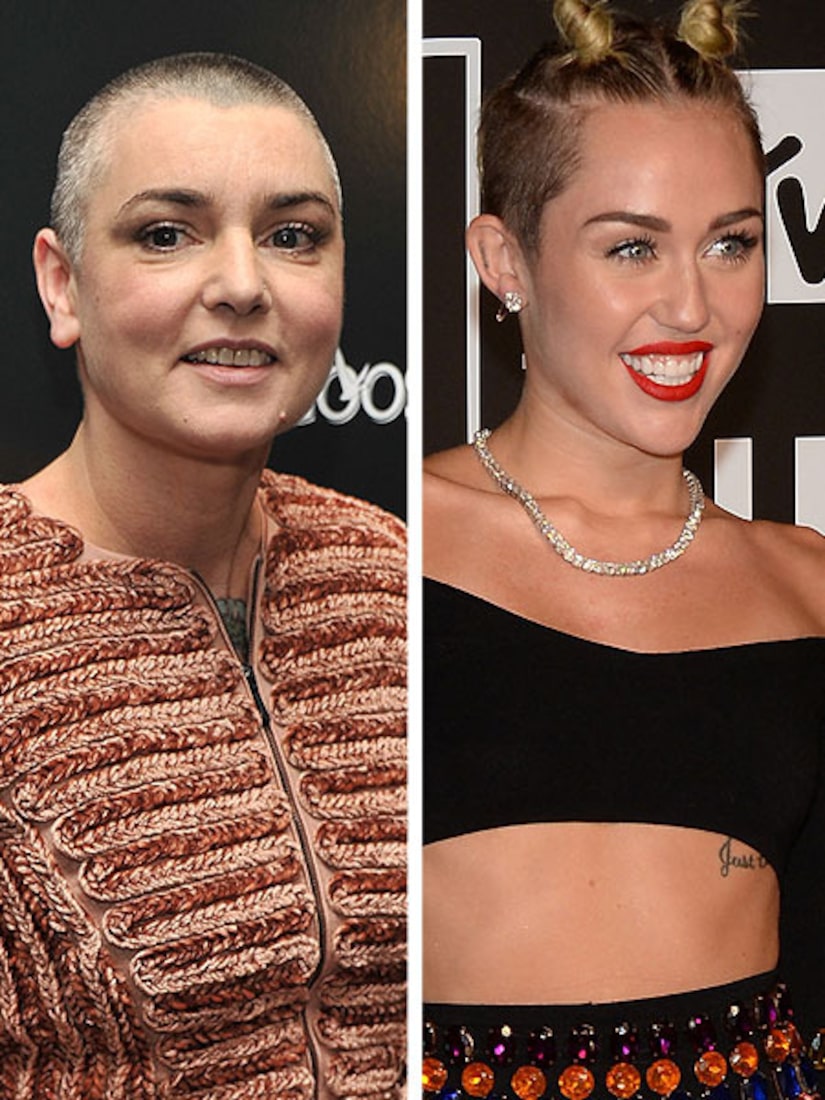 Earlier this week, the Irish songstress wrote an open letter to the “Wrecking Ball” singer, telling Miley to stop letting herself become “prostituted” by the music industry.

Miley responded by tweeting a comparison between O'Connor and Amanda Bynes, who is currently under an extended psychiatric hold.

Cyrus wrote, "Before Amanda Bynes... There was..." and posted a screengrab of a string of Sinead's old tweets about her own struggles with mental illness. One read, "Does any1 know a psychiatrist in dublin or wicklow who could urgently see me today please? im really un-well... and in danger (sic)."

O'Connor then wrote another, angrier letter in response asking who is advising Miley, to which Miley replied on Twitter, “Sinead. I don't have time to write you an open letter cause Im hosting & performing on SNL this week. So if youd like to meet up and talk lemme know in your next letter. :)”

Now, the “Nothing Compares to U” singer is seeing red. In a third letter, she is demanding an apology and the removal of the tweets on threat of legal action.

Sinead writes, "When you publicly apologize to Amanda and myself and all mental health sufferers as well as all who were abused by priests that will end the matter as far as I am concerned. You have posted today tweets of mine which are two years old, which were posted by me when I was unwell and seeking help so as to make them look like they are recent… Remove your tweets immediately or you will hear from my lawyers. I am certain you will be hearing from all manner of mental health advocacy groups also. It is not acceptable to mock any person for having suffered."