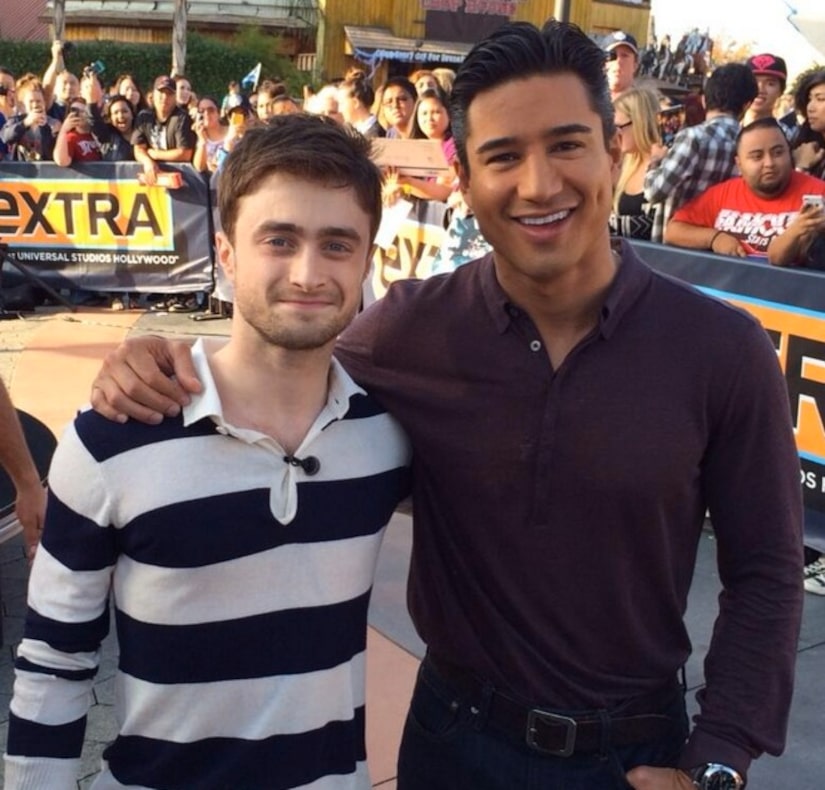 Actor Daniel Radcliffe joined “Extra’s” Mario Lopez at Universal Studios Hollywood to talk about his upcoming role in “Kill Your Darlings” and his steamy scenes with co-star Dane DeHaan.

Radcliffe opened up about his gay love scene in the film. “It's giggly and awkward, but it's ‘cause you're getting naked in front of someone you just met, but other than that it's kind of fun.”

When asked about what it's like "going from Harry Potter to being nude on Broadway,” Daniel said, “It really is about what interests me the most, and to be honest, I think it's the most fun I have doing my job, changing it up all the time.”

Daniel is also setting the record straight on rumors he is set to play Freddie Mercury in an upcoming film about the legendary rock band Queen. “I have heard this rumor, sorry I haven’t been offered it, it was a compete rumor… I love singing, but I don’t have Freddie Mercury’s range.”