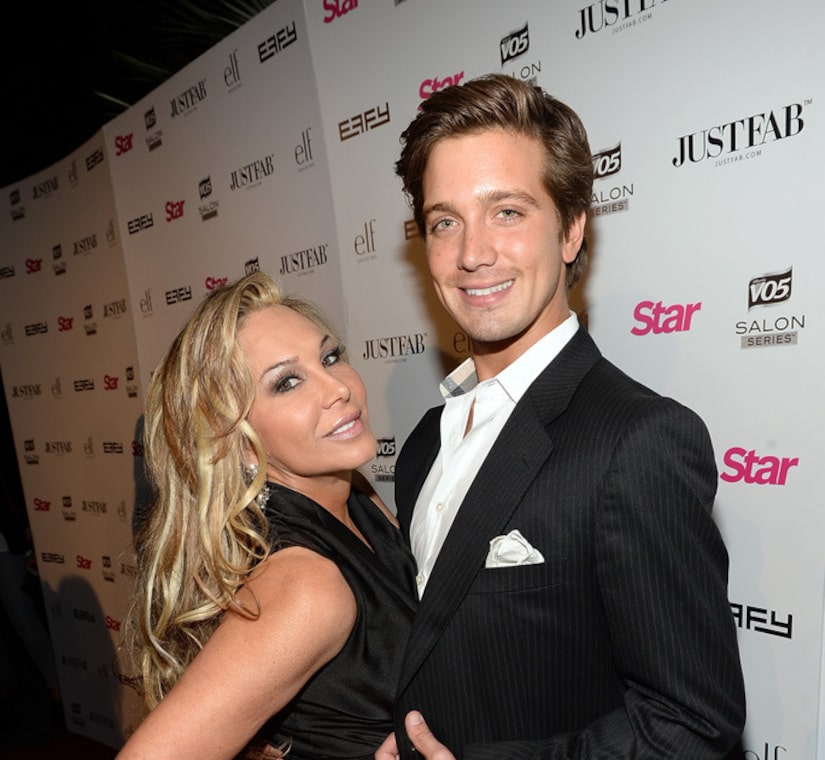 Couple alert! It looks like “Real Housewives of Beverly Hills” star Adrienne Maloof has moved on to another younger man.

Maloof and Busch were seen together this week at the Star Magazine “Scene Stealer's” event in Hollywood. A source said, "It's real, it's genuine, they're very natural together. They have fun together and he treats her like a princess."

Maloof split with husband Dr. Paul Nassif in July 2012 after 10 years of marriage and finalized their divorce in August 2013.