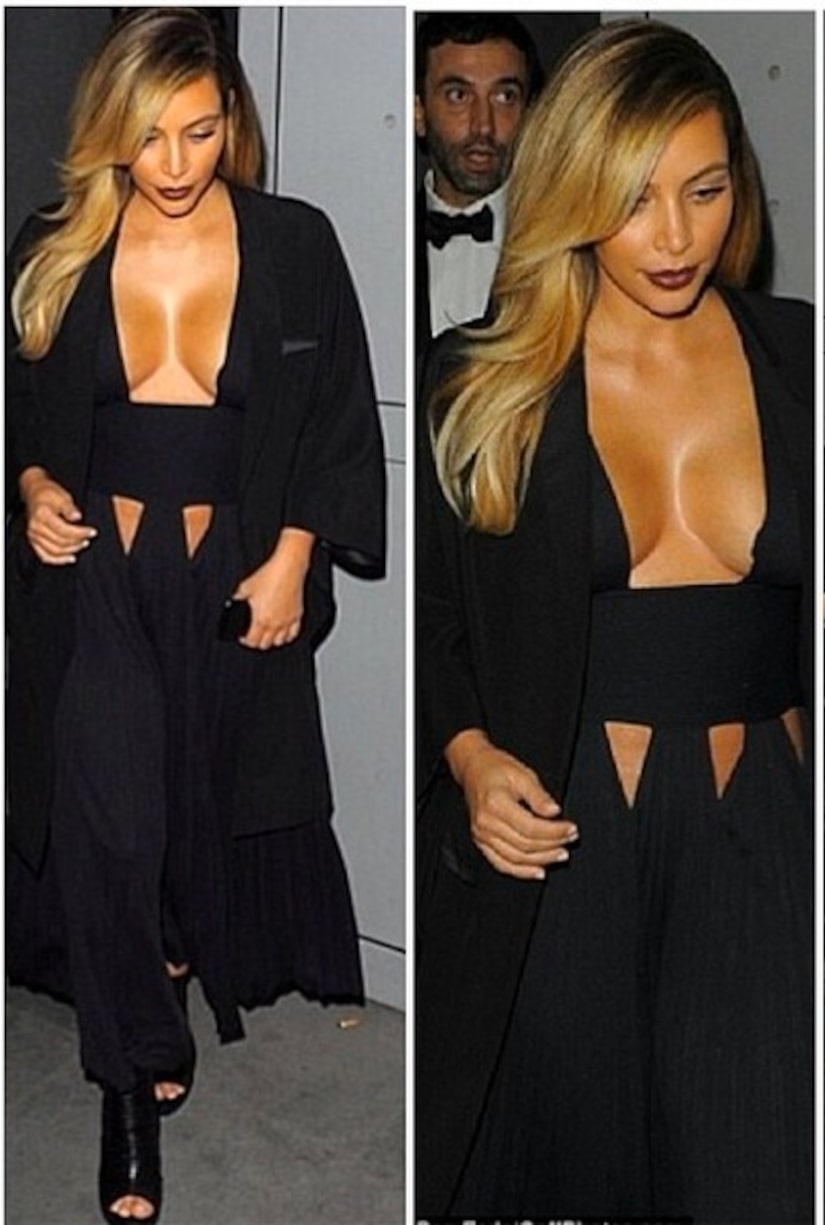 Kim Kardashian's assets are getting quiet the tour of Paris this week. This time, the new mom was snapped displaying her cleavage in a black, flowy dress at the premiere of "Mademoiselle C," a documentary about former Vogue Paris Editor-in-Chief and fashion stylist Carine Roitfeld.

Kim made her first formal public appearance since giving birth to North at the Givenchy show Sunday, where the star wore a bra-baring black peplum dress with a thigh-high split.

Kardashian and boyfriend Kanye West are now on day five in Paris for Fashion Week, and according to HollywoodLife.com, “Kim is missing baby North like crazy.”