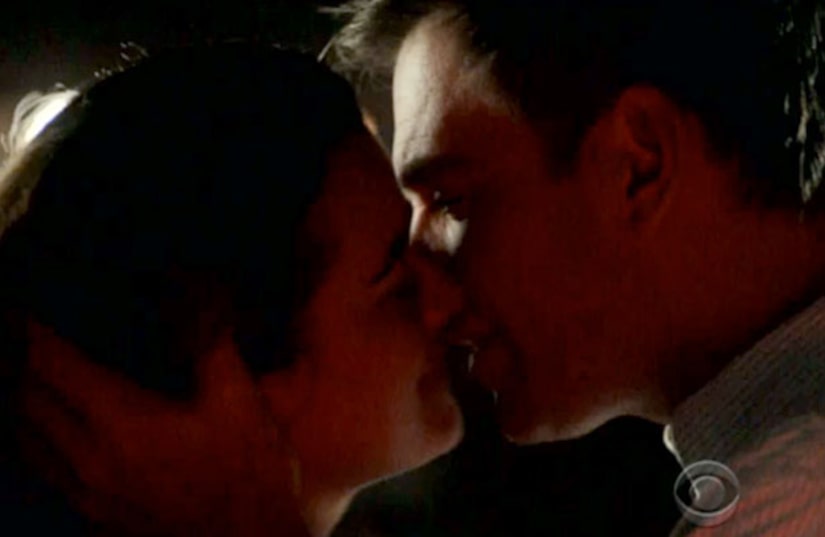 It's the moment “NCIS” fans have been waiting years for… a kiss between Ziva David (Cote de Pablo) and Tony Dinozzo (Michael Weatherly)!

Watch the sneak peek for a preview of Ziva’s big farewell episode and her smooch with Tony.

Fans will miss the longtime will-they/won’t-they flirtation between the two. “NCIS” showrunner Gary Glasberg has promised that de Pablo’s departure will include “a really significant Tony/Ziva payoff -- everything I hope the Tiva fans have been waiting for."

Weatherly stopped by Universal Studios Hollywood and told "Extra's" Renee Bargh, "I think its going to be a doozy for audiences. So bring some Kleenex."

Watch the episode Tuesday at 8 PM on CBS.