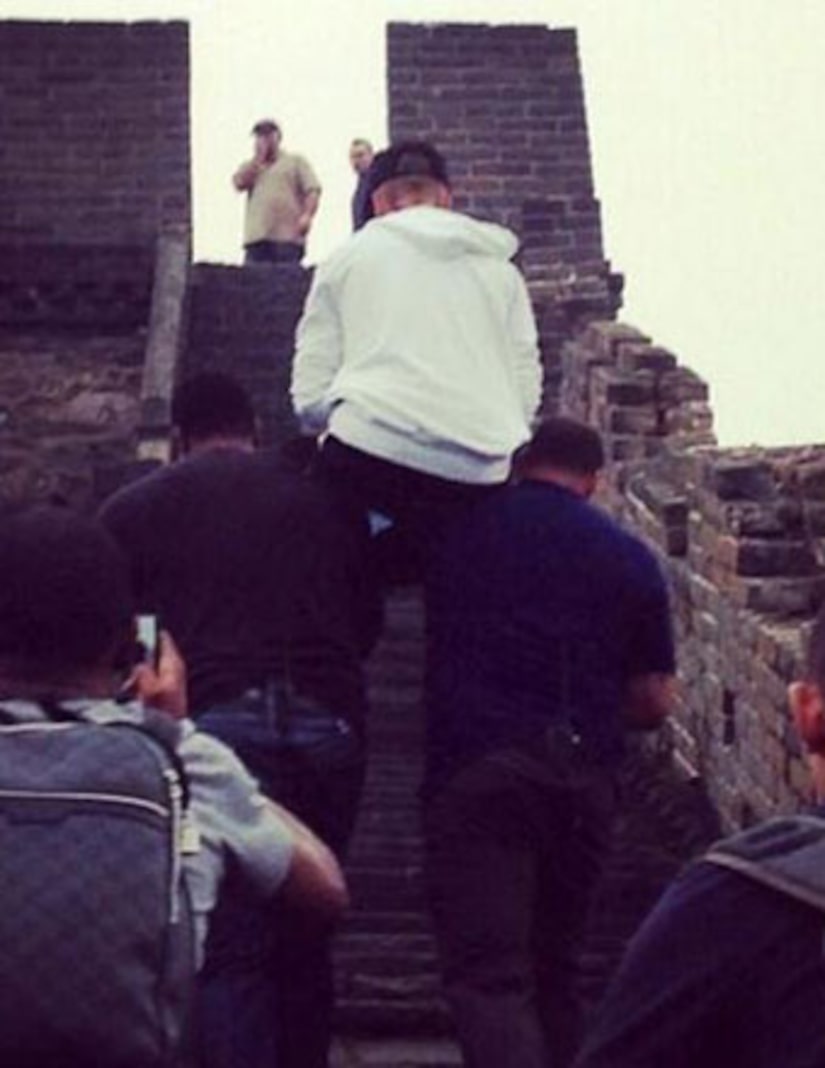 For no apparent reason, Justin Bieber's bodyguards carried the “Boyfriend” singer up the Great Wall of China on Monday.

Fans posted pics of Bieber on the BelieveTourUpdates Twitter feed, that show him riding on the shoulders of his security guards. 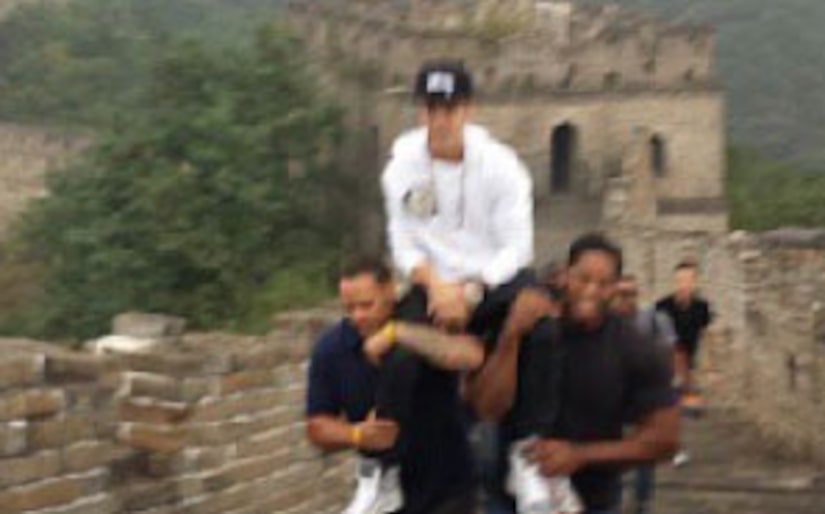 The Biebs, who stood on his own two feet to pose for photos on the Wall, is in China for his “Believe” tour. He appeared in Bejing on Sunday and is set to perform again in Dalian on Wednesday. 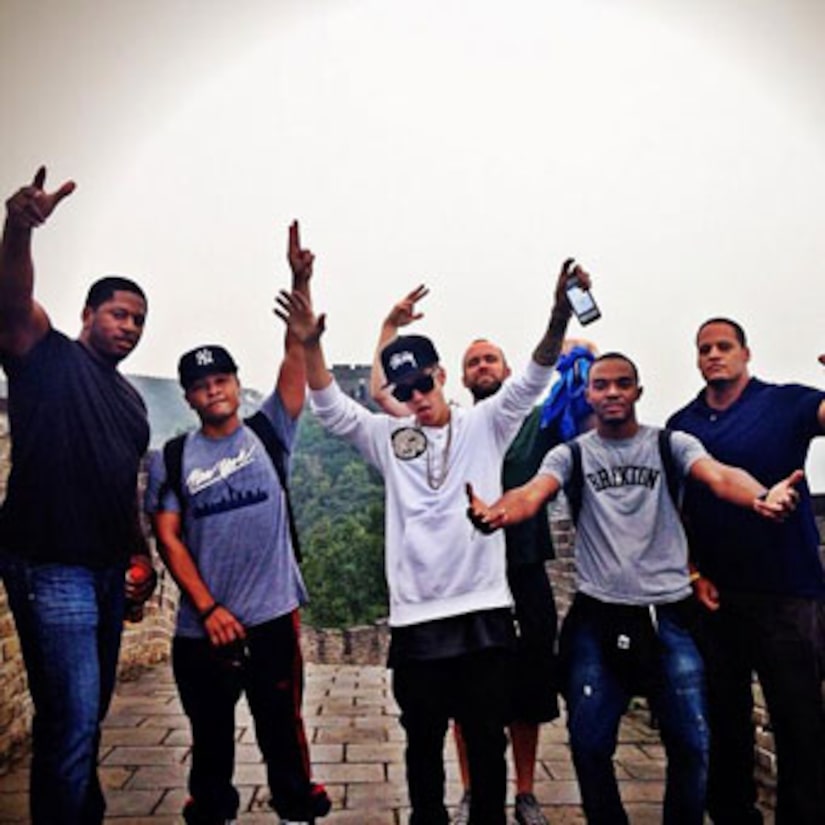