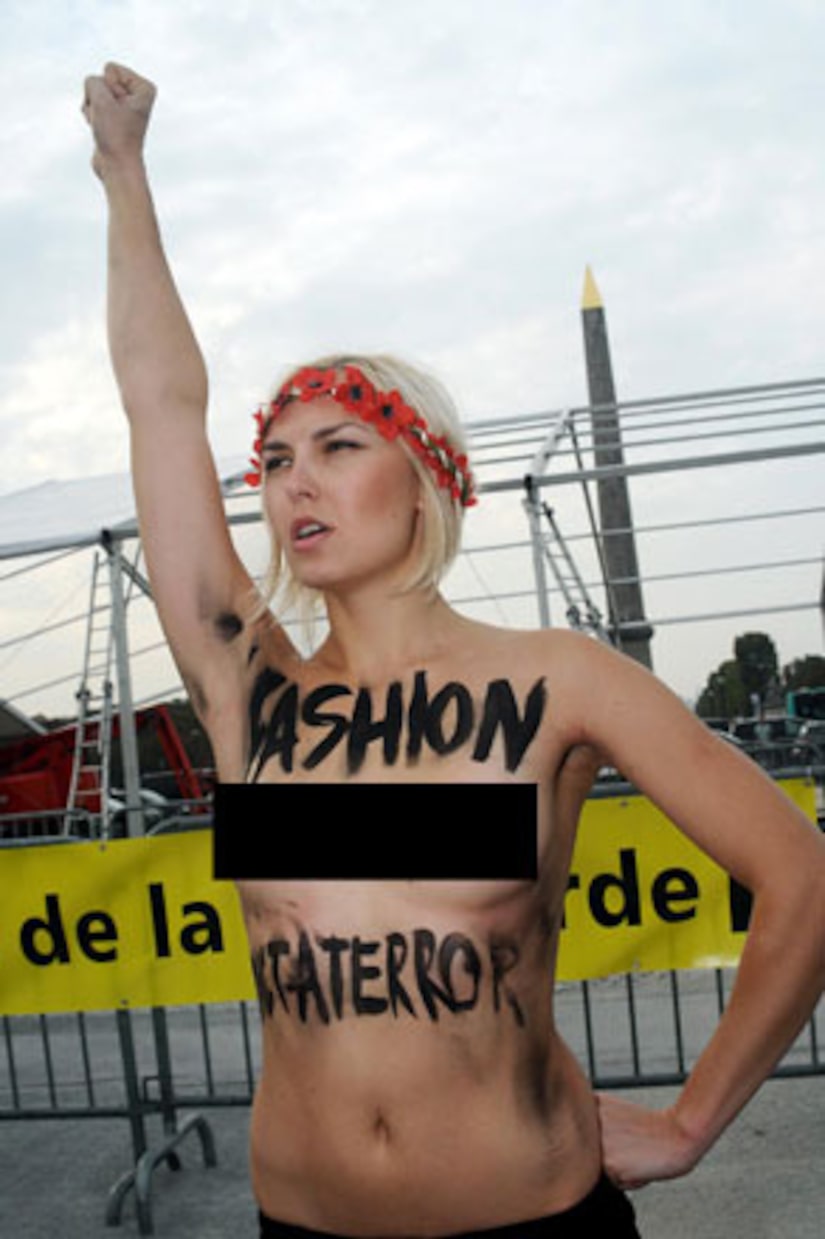 Model Hollie-May Saker didn't miss a beat when two topless protesters stormed the catwalk on Thursday at Paris Fashion Week. Without hesitation, Saker punched one of the demonstrators in the nose and kept on walking!

Watch the video below!

The half-naked women, protestors with the feminist group Fenem, jumped on the runway at the Nina Ricci show. One grabbed Saker's arm and tried to lift her skirt.

Hollie-May, 18, told the Daily Mail, “'As she grabbed my arm she lifted my skirt exposing me, I pulled my arm back with such force that I landed a punch square on her nose… thinking about it now I wish I'd pushed them both off the stage because they ruined my favorite show.”

The topless duo, with messages like “model don't go to brothel” and “fashion dicterror” scrawled on their chests, were promptly removed.