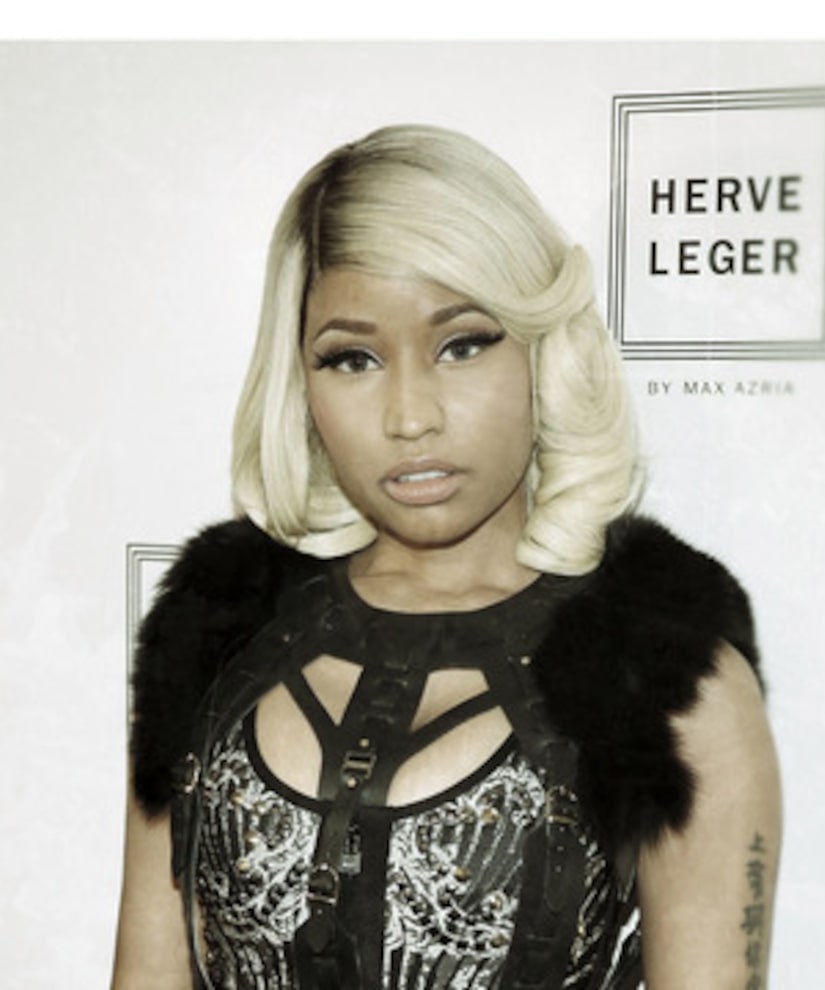 “Extra” caught up with Nicki Minaj as she was promoting her new fragrance, Minajesty, and the hip-hop star talked about the rumor that she collaborated with Miley Cyrus.

It started after an Instagram photo of Cyrus, her "Bangerz" producer and reported boyfriend Mike WiLL Made It and Minaj in a recording studio was posted in early August.

Minaj explained, “She and I were going to record something, but it didn't work out for her album. So when I was in the studio that day I was actually in the studio with Mike WiLL cause he was giving me some stuff for my album… I know everybody thought we were recording together but we weren't.”

For now, Nicki is working on her next album, set for release in 2014, and trying her hand at acting in “The Other Woman” with Cameron Diaz and Kate Upton.

Minaj said she had the best time on the comedy. “Cameron Diaz is a GODDESS! The movie is freaking hilarious and there's a lot of Nicki in the character.”