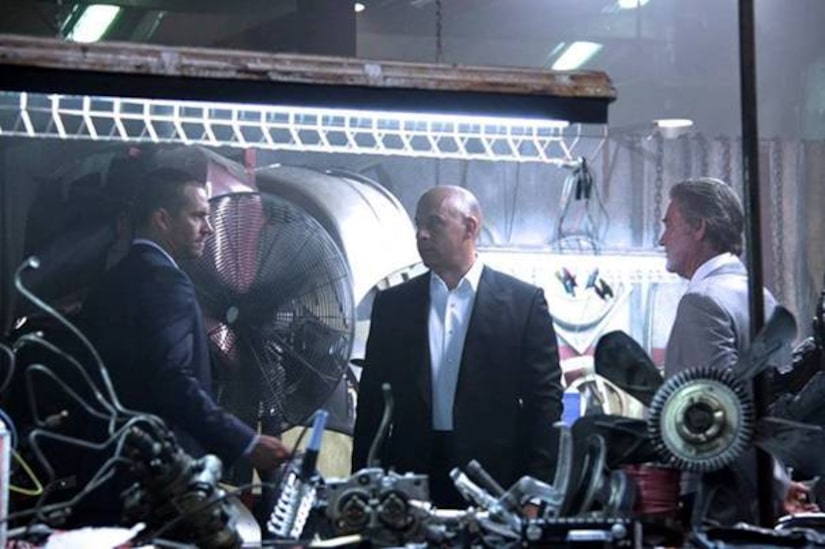 Diesel wrote about the on-set pic, "Kurt Russell, such an honor to work with..."

Earlier this month, Vin told “Extra's” Maria Menounos, “There is a very big rumor that Kurt Russell will come in, and because it's you, I'll give you a little more… the eighth script in the series is somewhat akin to 'Escape from New York.' This won't make sense now, but it will make sense later. Kurt Russell was the perfect person to introduce in '7' to play out the eighth storyline that everyone is going to go crazy on.”

Other new additions to the franchise include Djimon Hounsou and UFC champion Ronda Rousey, who will both appear in “Fast and Furious 7.”

The movie is currently filming in L.A.