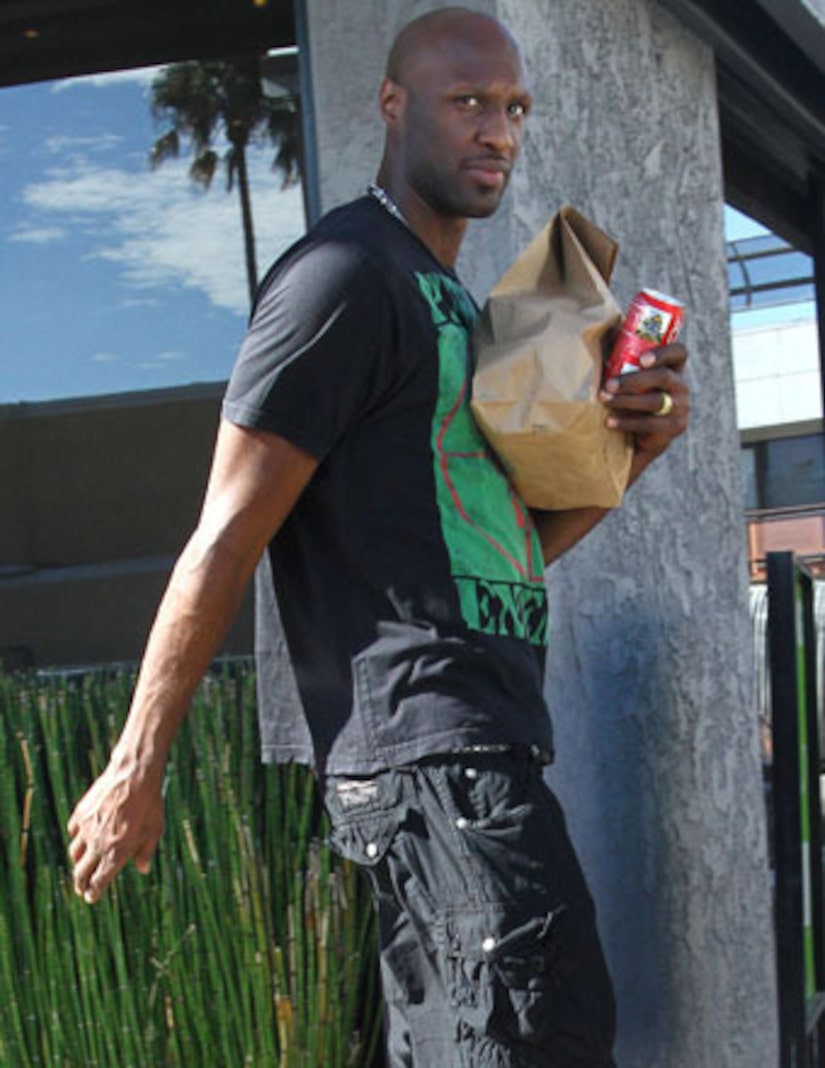 NBA player Lamar Odom slammed his father, Joe Odom, on Twitter this week for disrespecting wife Khloé and the Kardashian family in a RadarOnline.com interview.

Joe told the tabloid, “They brought him down,” adding, "I think the best thing for him would be to have a clean break, divorce Khloé and as a single man try and get his life back together."

The elder Odom also skewered Khloé's mom, Kris Jenner, and accused her of spreading lies about Lamar's drug addiction. “She doesn't care about Lamar, she just cares about their image and money."

While Lamar is reportedly separated from Khloé, he definitely still has a lot of love for her and her family. He tweeted, “Won't continue 2 speak on this but I have got 2 let this out real quick.”

Lamar explained, “I have let this man and many others get away with a lot of shit. He wasn't there 2 raise me. He was absent ALL of my life due to his own demons. My mother and grandmother raised me. Queens raised me. For the first time since they left, came a blessing of a FAMILY that I married into. FAMILY. That man wasn't even invited to my wedding. He has never met my mother in law and some of my other family.”

The 32-year-old former Clipper slammed Joe, saying, "How can a man who has NOT once called me to check on my well being have the nerve to talk so recklessly about his own 'son.' He is my downfall! His own demons may be the ONLY thing he gave 2 me.”

As far as Lamar is concerned, his father is “disrespecting the ONLY FAMILY that has loved me without expecting anything in return. They are the ONLY ones that have been here consistently 4 me during this dark time. Only person 2 blame is myself. Say what you want about me but leave the ones who have done nothing but protect and love me out of this! This goes to out to everyone!”