Singer Miley Cyrus continued to shock when she took the iHeartRadio Music Festival stage on Saturday, wearing a see-through, mesh mini and black pasties, and singing into a banana microphone.

This came a day after giving an emotional performance of her song “Wrecking Ball” at the music festival. Watch it here!

After Saturday's performance, Daily Mail reports that Miley Cyrus was then spotted in the arms of music producer Mike WiLL Made It.

Reports say the two have been getting closer since working on Miley's album “Bangerz” together, posting several cuddly Twitter pics. 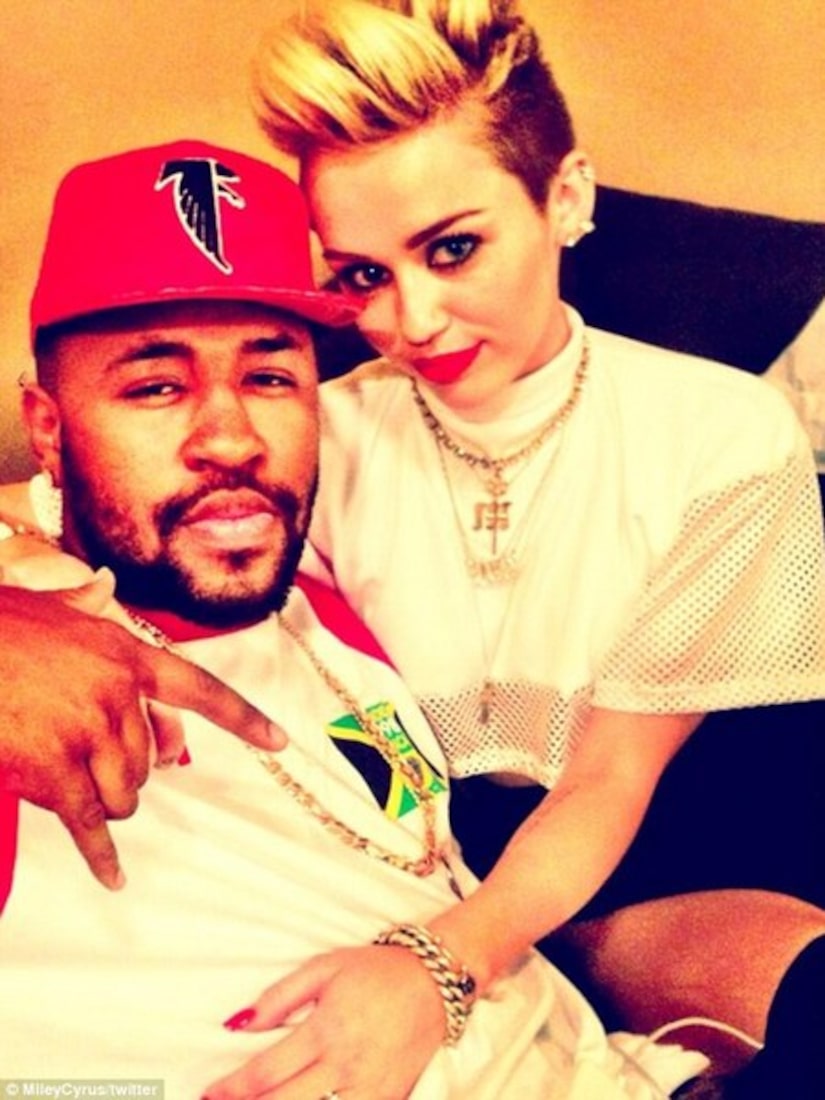 Miley was one of many stars in Sin City for the annual iHeartRadio festival, which included headliners like Elton John, Katy Perry and Robin Thicke.