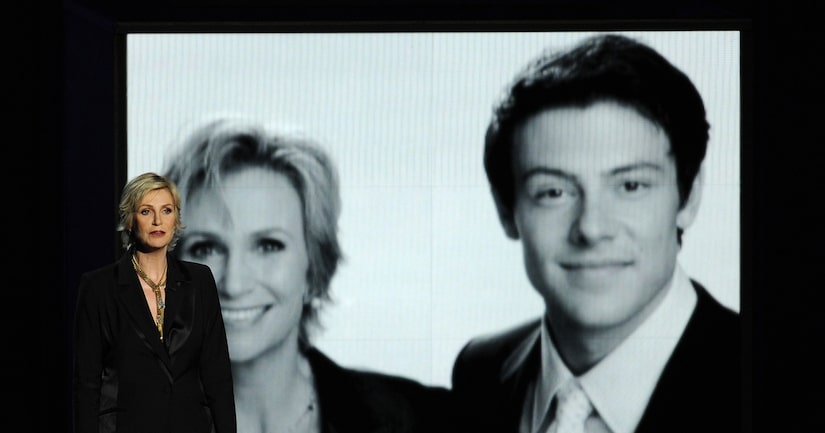 The 2013 Primetime Emmy Awards veered from the usual In Memoriam segment to single out five TV stars with extended tributes, including Jonathan Winters, Cory Monteith and James Gandolfini.

There was some controversy over the inclusion of “Glee” star Cory Monteith, who died July 13 of an accidental overdose. Monteith took the place of veteran stars who died last year, like actors Jack Klugman and Larry Hagman.

Klugman's son Adam actually blasted the TV Academy on Saturday over his father's omission, telling the Associated Press it was "criminal" and that including Monteith amounted to "pandering" to a more youthful demographic.

Regardless of the outcry, Monteith was remembered in a moving segment by his “Glee” co-star Jane Lynch, who called Cory “a beautiful soul. He was not perfect, which many of us here tonight can relate to. His death is a tragic reminder of the rapacious, senseless destruction that is brought on by addiction."

Edie Falco recalled her late "The Sopranos" co-star James Gandolfini, saluting him for his "fierce loyalty" to his friends and family and his work with military veterans. A tearful Falco said, "You all knew Jim the actor. I was lucky enough to know Jim the man.” 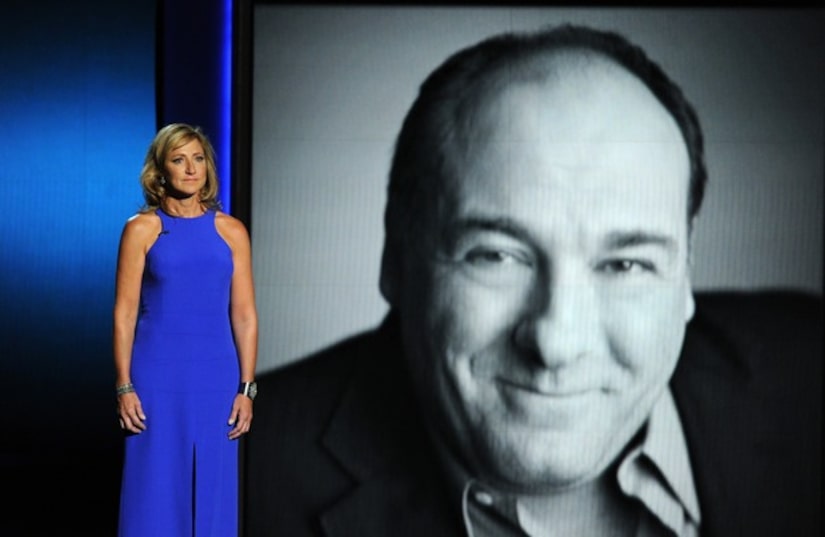 Robin Williams also offered another tribute to funnyman Jonathan Winters. "Jonathan Winters was my mentor," Williams said of the actor-comedian. "I told him that and he said, 'Please, I prefer 'idol.'"