Dad Billy Ray Cyrus is speaking out about daughter Miley's teddy bear twerkfest at the MTV VMAs, while Liam Hemsworth's new girl Eiza González is keeping her lips sealed about the couple's hookup.

While visiting “Piers Morgan Tonight,” Billy Ray explained, “Miley harnessed something very special… I think what's been happening over the years, Miley has been reinventing her sound, she's evolved as an artist herself. I think that all of what everyone is calling controversy now, that's still my Miley."

When Piers asked if he knew what she had planned to do at the VMAs, Cyrus said "I knew that she wanted to do something really special, and something everybody was going to be talking about."

The “Achy Breaky Heart” singer added, "Miley is smart enough to know that to come out of the shadow of Hannah Montana it takes something extremely drastic."

Giving his daughter props, Billy continued, "I've never known any great artist that was lukewarm … You either love it or you hate it. Miley again, you know, I think she could've went out and sang the song in a flannel shirt and a pair of jeans, and it would have still been just as strong. Would we have been here talking about it? No way."

Did all that twerking and grinding make him uncomfortable as a dad? "Not really," said the country singer. 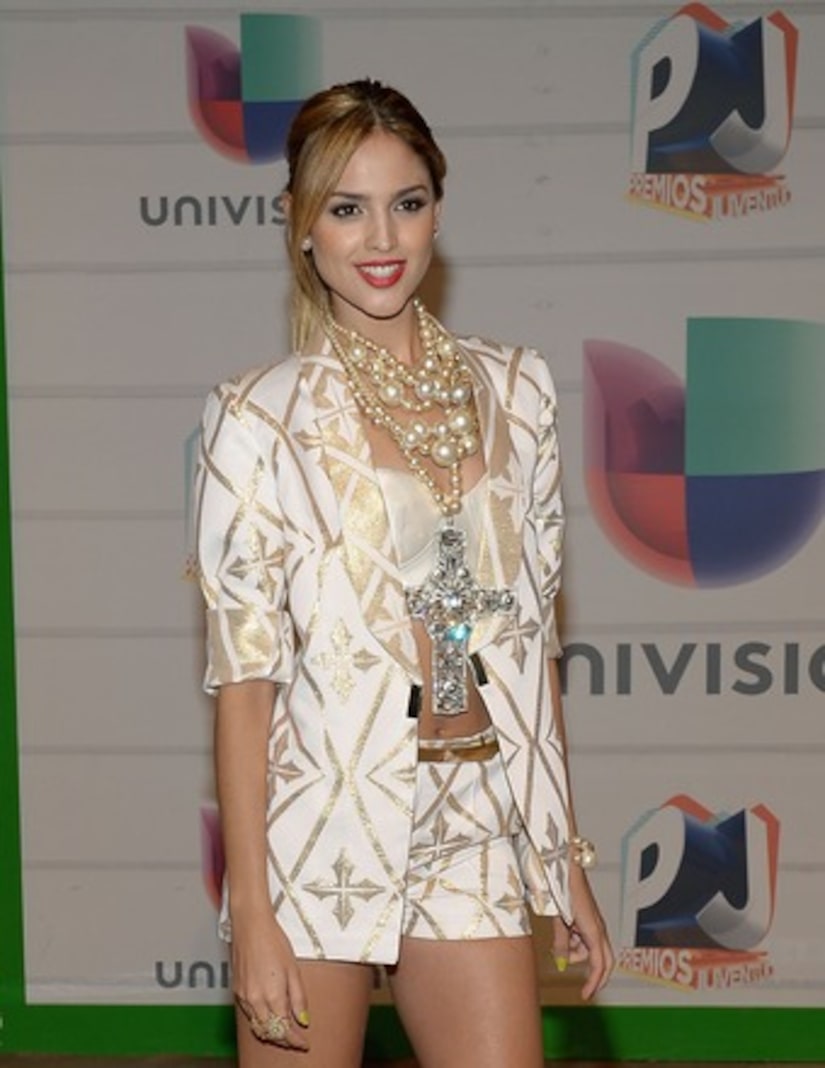 Meanwhile, Eiza was dodging Liam Hemsworth questions at a press conference for the Spanish version of “The Croods” in Mexico City.

At first, González kept quiet on her relationship with Miley's ex-fiancé and the kissing photos that surfaced online. When reporters refused to drop the topic, González reportedly headed for the door.

On Monday, reps for Liam and Miley confirmed to People that the couple had ended their engagement.