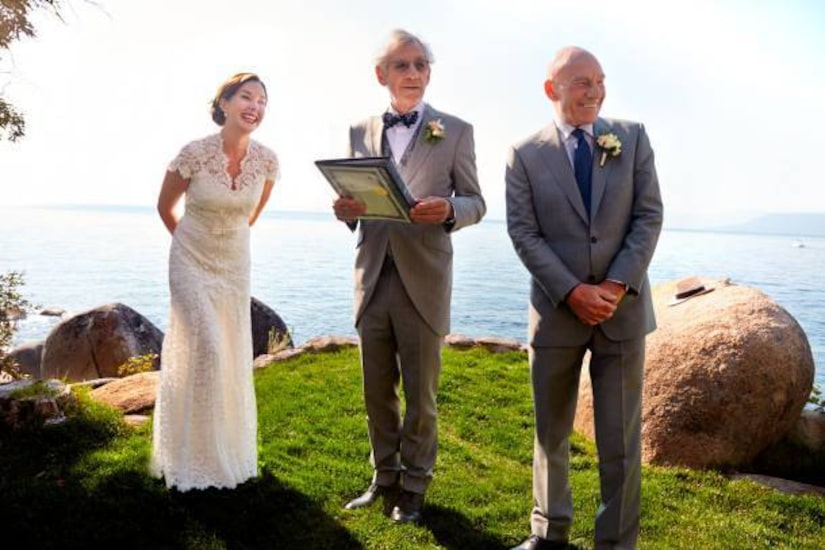 The intimate ceremony on September 7 took place in front of approximately 100 guests, including family and friends, and was officiated by Stewart's “X-Men” co-star Ian McKellen. Stewart told Vulture, "The water was lapping almost against our feet. Our photographer took a tumble, and literally, if he'd been standing on the other side of us, he would have ended up in the lake.”

Read more about Sir Patrick Stewart in the upcoming issue of New York Magazine, on stands Monday, and on Vulture.