“Rocket Man” Elton John has some words of wisdom for Miley Cyrus and Lady Gaga. Speaking with The Australian, John offered up advice for what the paper dubbed his “candles in the wind.”

"I look at Miley Cyrus and I see a meltdown waiting to happen. And she's so young!" he said. "But," he added, "She's got two records in the top 20, so who is going to stop her?"

This isn't the first time Elton has foreseen trouble.

"Maybe it's a British thing, but I can spot a car crash before it happens," the Grammy winner explained. "I was in my dressing room in Las Vegas when they announced that Michael Jackson was playing 50 dates at the O2 [Arena in London]. I turned to my agent and said: 'He won't do a single one of those.'"

John continued, "I could tell you he was going to die. He'd been doing drugs for so long, he'd been a mess for so long — and I've known Michael since he was 12 or 13, that it was never going to happen. Everyone was saying it was going to be great and I was saying, 'Hello? Are you looking at the real thing here?'" 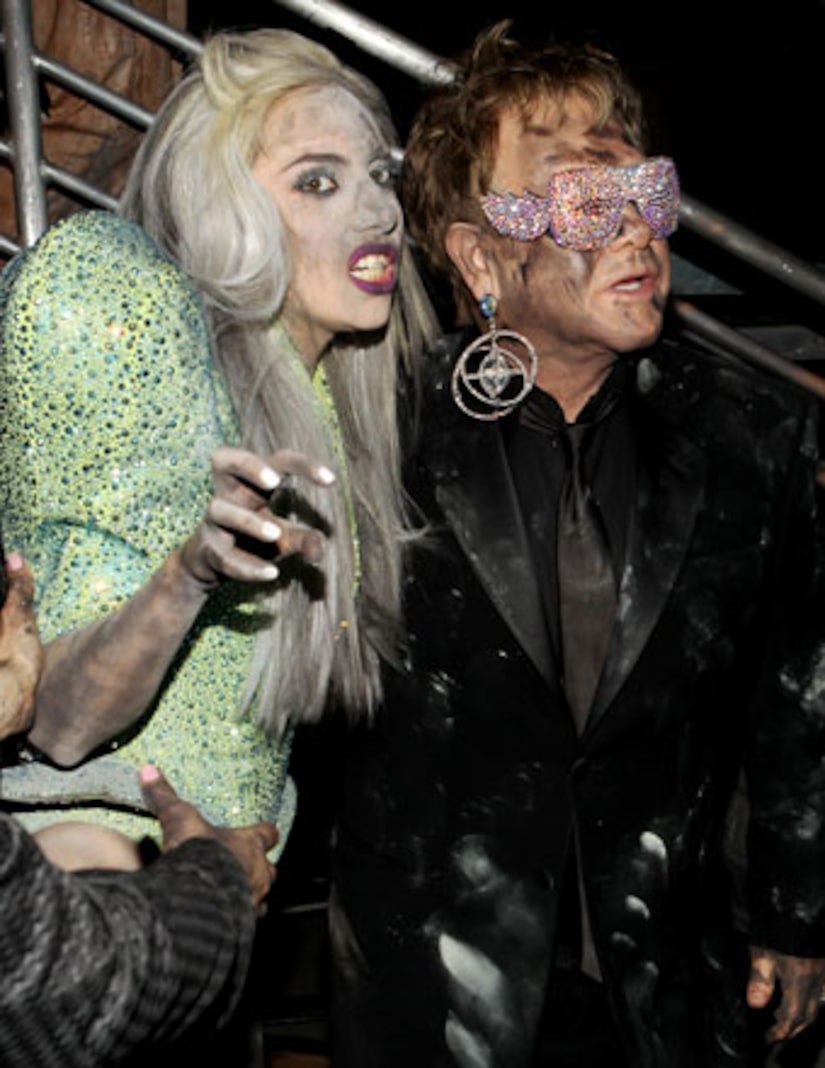 John also spoke candidly about good friend Lady Gaga. It turns out he's worried about her, too. "With Gaga — who I love, she's the godmother to our children — I'd like to be able to talk to her right now, but I can't get through to her.”

"And there are times when you have to listen," John said. "When your persona begins to take over your music and becomes more important, you enter a dangerous place. Once you have people around you who don't question you, you're in a dangerous place."

He even suggested Gaga follow in the footsteps of the New Zealand teen sensation Lorde, praising the 16-year-old's hit, “Royals.” “It's just her voice and a drum machine, and it's beautiful in its simplicity,” he said. “It's the kind of direction Gaga should be going in."