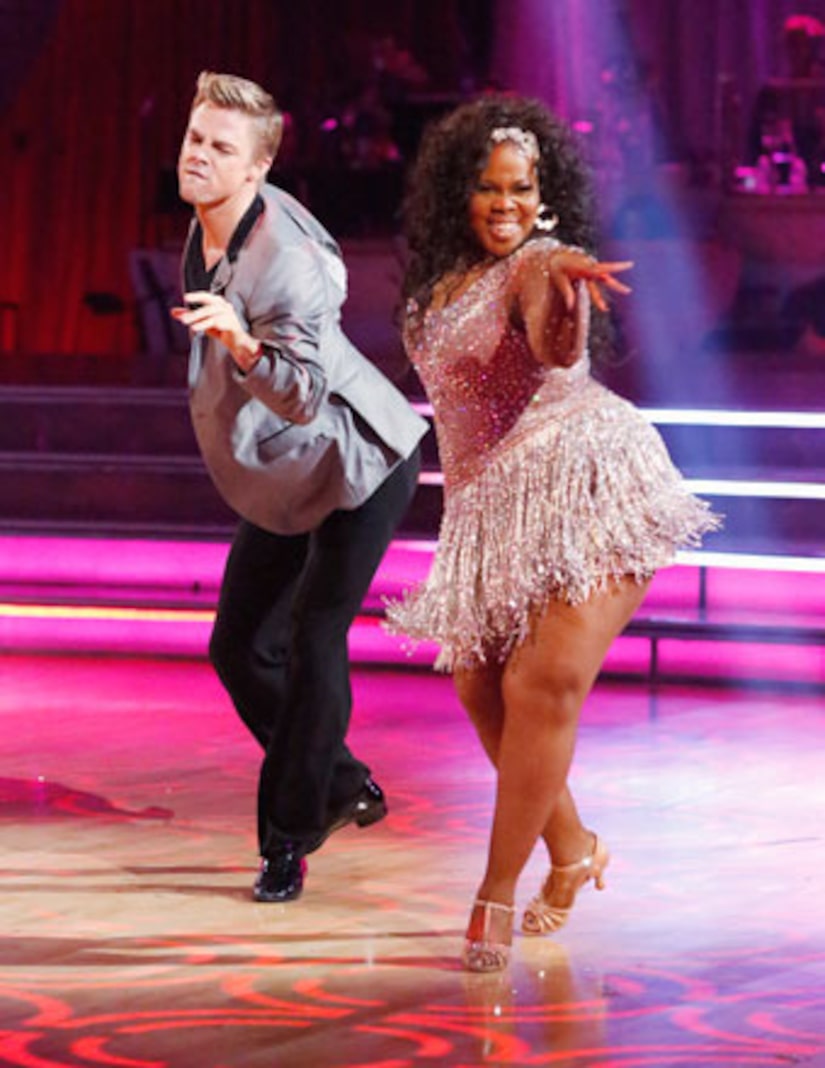 The Season 17 kickoff of “Dancing with the Stars” proved to be a showdown between former “High School Musical” star Corbin Bleu and “Glee” alum Amber Riley.

Bleu, who sang and danced his way through the “HSM” trilogy between 2006 and 2008, lived up to expectations. He and partner Karina Smirnoff, who performed a contemporary number, were early frontrunners with 24 points.

Judge Carrie Ann Inaba praised the couple. “That was beautiful and passionate. Karina, well done for your first contemporary ever.”

It was Amber, who is no stranger to complicated choreography, and partner Derek Hough, however, who blew the judges away, earning the highest score, 27. Inaba bowed to the couple, saying, “You turned that cha-cha out!”

Meanwhile, Valerie Harper, who is battling brain cancer, and partner Tristan McManus stole the show and earned a standing ovation with a 21-point foxtrot.

"Extra's" Renee Bargh was backstage with Valerie and all the "DWTS" contestants to talk about their first performances!

It was Bill Nye and partner Tyne Stecklein who earned the lowest score with just 14 points. Their science-themed cha cha failed to impress. Tonioli told them, "You had all the elements in there but they were all backward and forward."

Visit ABC.com for this week's scores.