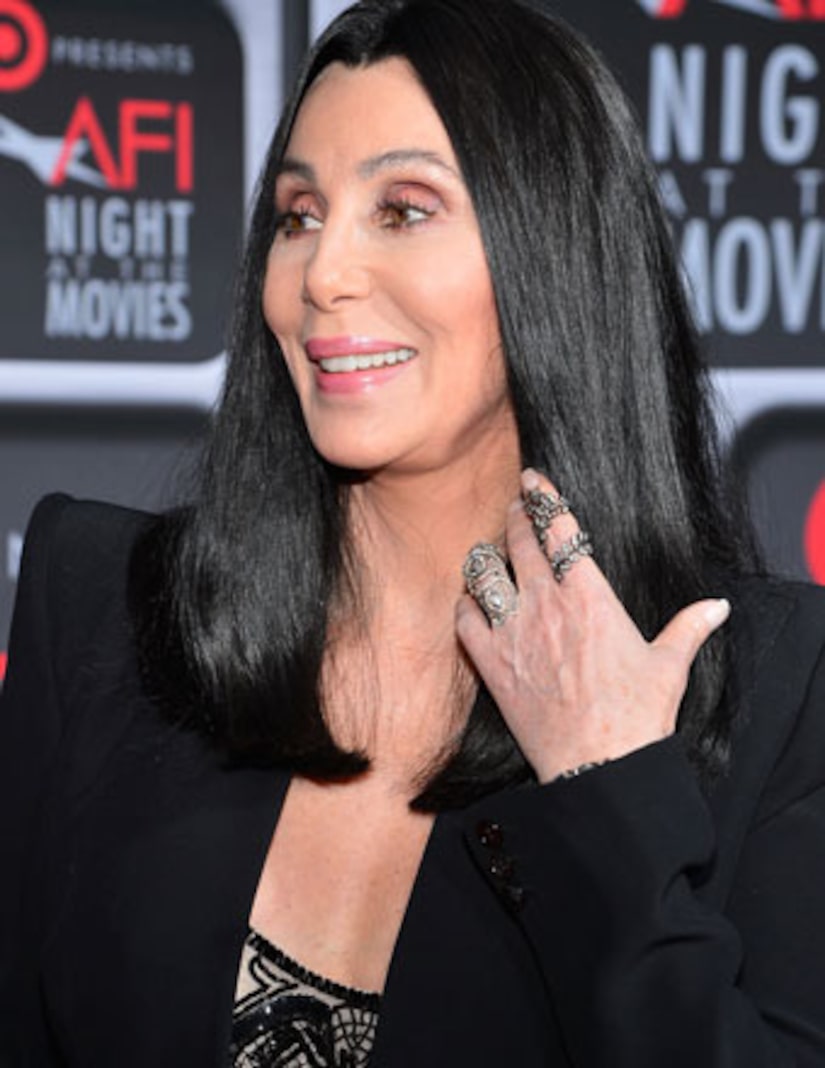 “Extra’s” Maria Menounos sat down with Cher at her Malibu estate to talk about her first new album in a decade. The superstar also gave her very candid opinion on Miley Cyrus’ MTV VMAs performance and her reason for declining an invitation to the winter Olympics in Russia.

Cher told Maria that she did not think Miley’s performance at the VMAs was any good. “She took a chance, so you got to give her something for that, and I must say I haven't given her anything because I didn't like it.”

The superstar went on to say, “If the chick had come out naked and done a great performance doing the same things, I would have said, you know, great… I don’t like the fact that it wasn’t good.”

She added, “If Madonna had come out and done that, she would have done it, you know? You would have thought, it’s on the borderline, but it’s so great, who cares? And I don’t think that’s what she did, you know, it’s my professional opinion.”

Cher also said she won't be attending the Olympics in Russia because of the country's anti-gay laws. “You know, for the athletes, you train your whole life… I think if I trained my whole life and this was my moment, I'm not so sure we can hold them to the same standards… I really wanted to go and I have the best Russian friends… but to answer your question, I can't do it because it's against a group of people I've spent my whole life close to. I can't do it knowing things I've just read that were just so horrible.”

The Oscar winner is not only debuting her new album, but also her new gig as a guest mentor on “The Voice” this season. “I don't know what I expected. It was hard work and amazing… I didn't expect it to have an effect on me… and then I got there, and I was so emotionally involved. It never occurred to me that I would have this kind of feeling.”