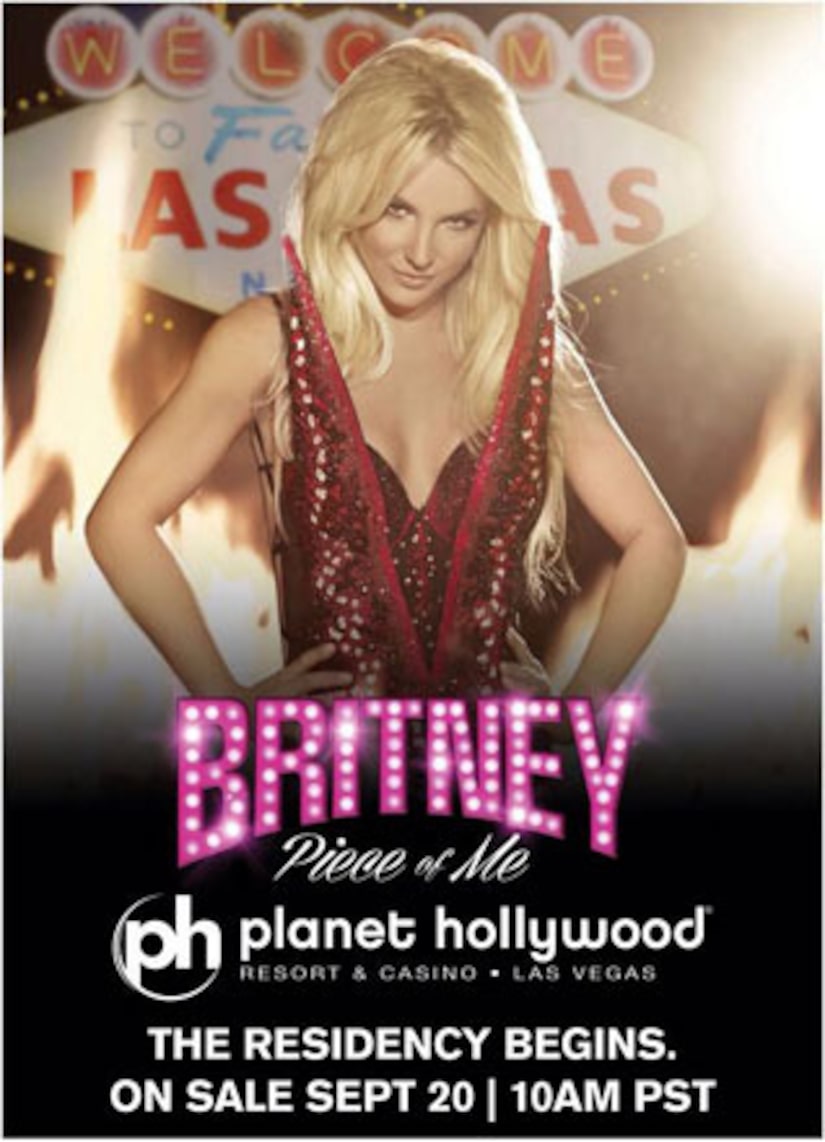 The “Circus” star confirmed she will perform 50 shows over the next two years on a specially designed, club-style set, beginning December 27. Tickets go on sale September 20.

"We wanted the environment to be that way so people could come and have a good time and stand up and feel like they're in the show with me," Spears told "GMA's" Sam Champion. "I love Vegas. The energy here is really, really good."

Britney, who isn't sure if she will move to Las Vegas full-time, added that son Sean Preston, 7, will likely join her onstage at some point during the residency, while Jayden, 6, “would have a hard time with it.”

The former Mouseketeer also talked a bit about her personal life, revealing that her breakup with fiancé Jason Trawick served as an inspiration while writing songs for her new album.

When Champion switched gears and asked about her first kiss, she confessed that her first smooch was at 13 with none other than Justin Timberlake!

While Britney had pre-taped much of the interview, she did appear live for a helicopter stunt in which a thousand fans greeted the Grammy winner with a giant picture announcing her new show.

Spears, who looked a bit under the weather during the interview, revealed via Twitter that she got sick on the chopper ride. "Y'all that will be the last time u EVER see me in a helicopter. Love u @GMA & that was INCREDIBLE but helicopters are not for this girl :("