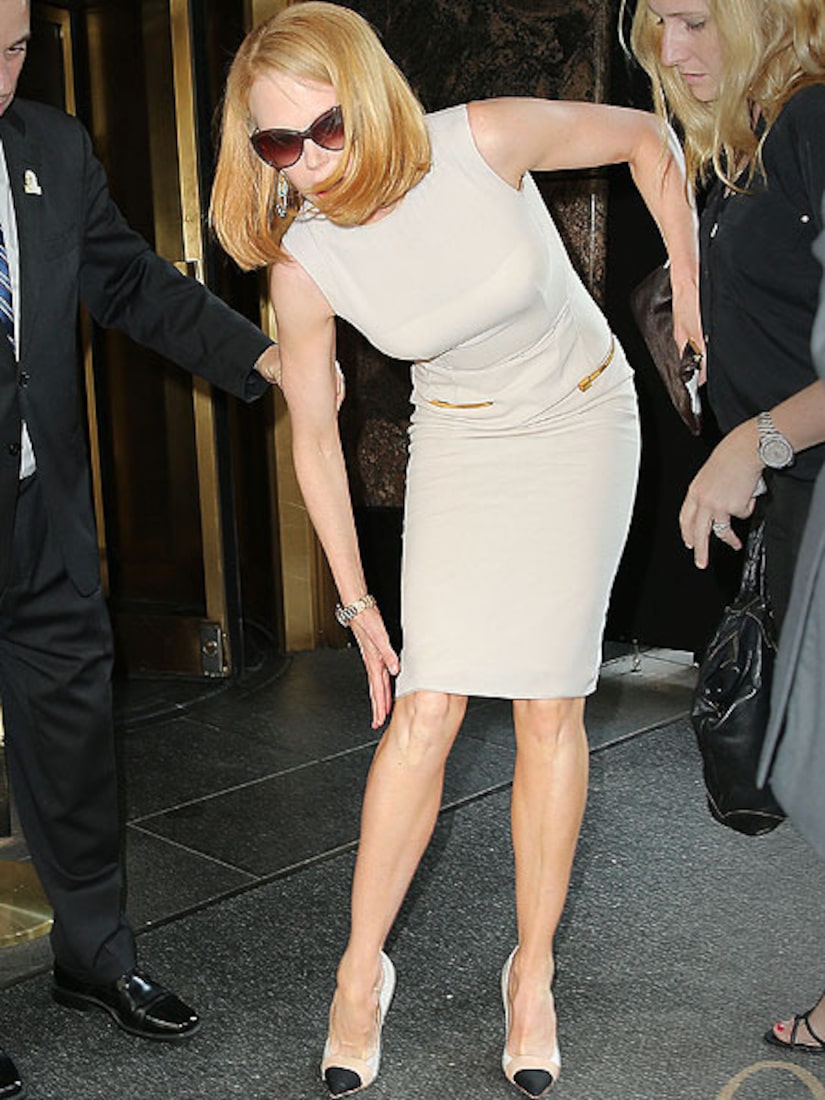 A photographer on a bike ran into actress Nicole Kidman in NYC on Thursday, knocking her to the ground.

TMZ reports the Oscar winner had just left the Calvin Klein show at NY Fashion Week and was returning to the Carlyle Hotel when a freelance photog named Carl Wu knocked her over with his bike in front of the hotel. See the crazy video here!

Witnesses told TMZ that cops were called, and a shaken but unhurt Kidman wanted to press charges against Wu.

The police reportedly wrote Wu a ticket for riding his bike on the sidewalk, but did not arrest him for a criminal offense. One cop said, "An accident's an accident."