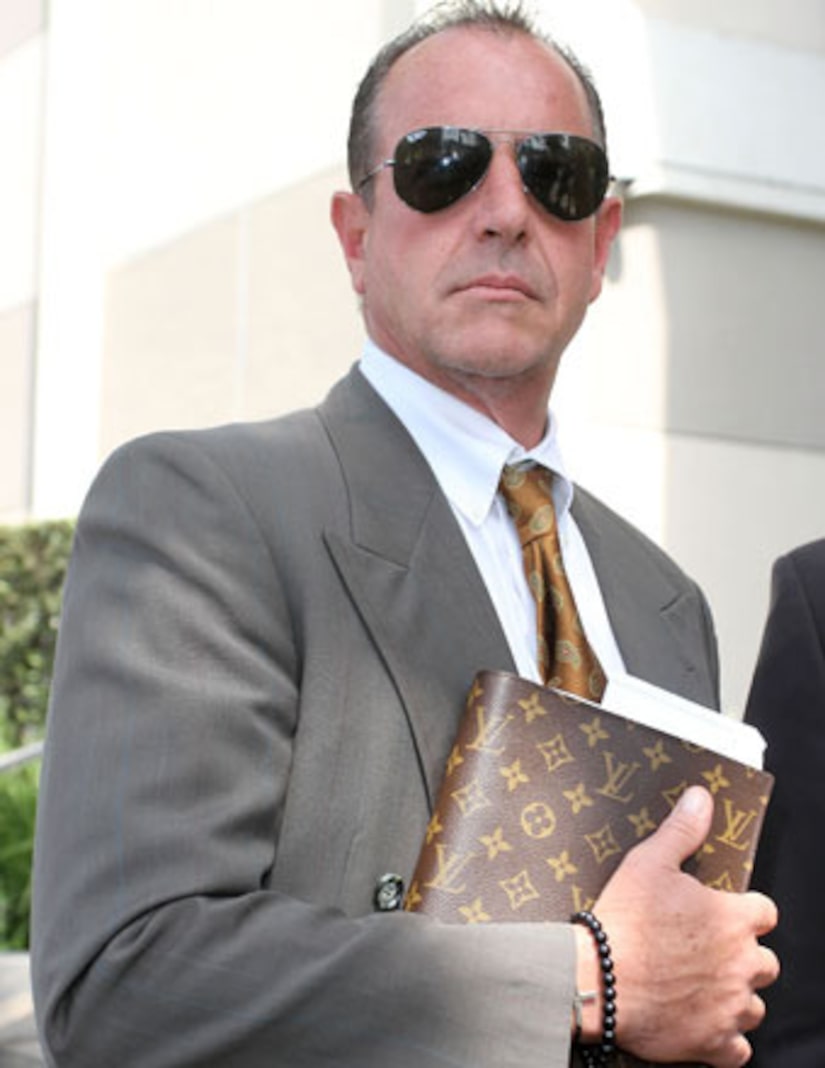 “Extra’s” AJ Calloway caught up with Michael Lohan, who shared his reaction to the DWI arrest of his ex-wife Dina Lohan, mother of newly rehabbed Lindsay Lohan.

Dina was pulled over Thursday night in New York and charged with DWI.

AJ showed Dina’s mug shot to Michael, who said it was the first time he had seen it. “She looks upset, I feel bad for her… that hurts to see that.”

Michael said he was shocked when he first heard the news, but not surprised. “When people keep doing the same thing over and over again, sooner or later it catches up to you. But you know what? Sad as it is, it can work out for her benefit like it did for me, like it did for Lindsay. Sometimes you have to have that epiphany in your life; that arrest or that one experience that will make you turn it around."

Michael added that if Dina has a choice, she probably will not enter treatment. His main concern is his children. “I hope it works out for the best, she’s the mother of my kids… I hope they give her the option of going to treatment. If she is found guilty or pleads guilty, she loses a car -- that’s her means of transportation; it’s my son Cody’s means of transportation to get to school in the morning. I don’t want Cody to be affected.”