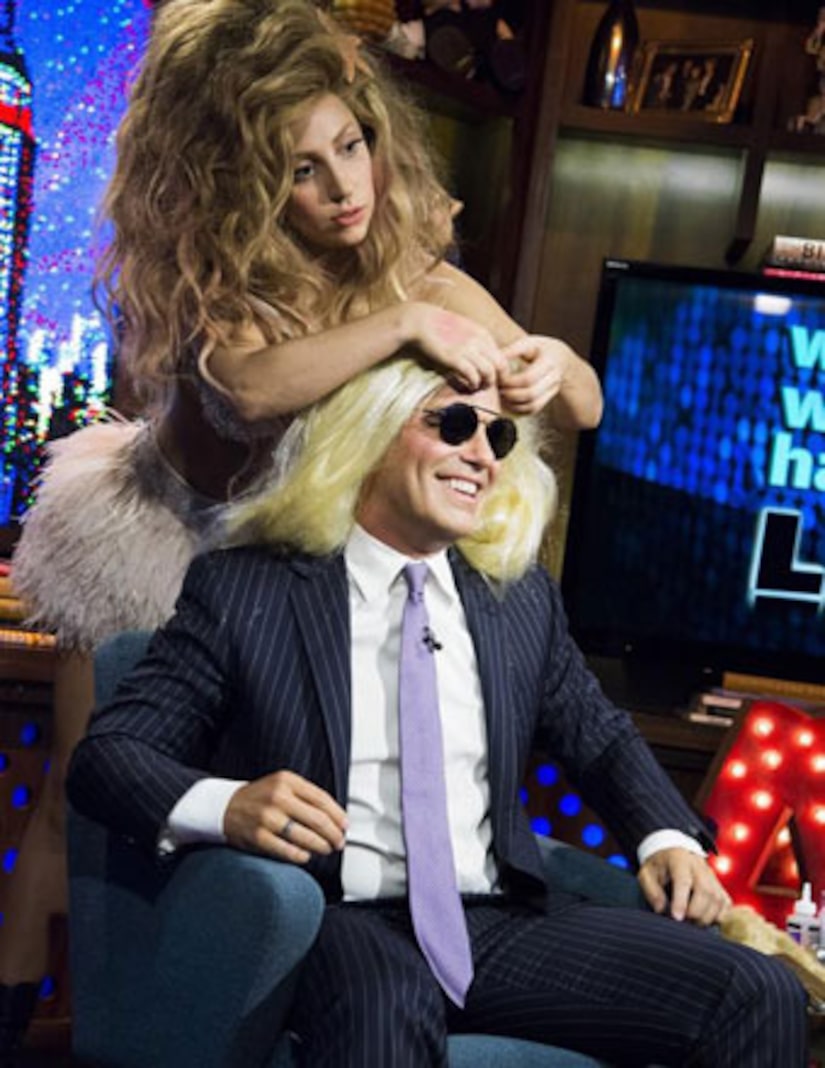 Miley Cyrus suffered some serious backlash after her MTV VMAs twerk-a-thon, but Lady Gaga wasn't among the haters.

On Bravo's “Watch What Happens Live” with Andy Cohen, Mother Monster showed her support for Miley, while dishing on everything from lesbians, to strippers to drugs.

Coming to Miley's aid, Gaga explained, "I don't understand the incessant need to constantly go on and on about hating things all the time because, what, she's 20 years old? And if anything, I give her props.”

The 27-year-old also chatted about “past dips in the lady pond.” "I like girls. I've said that (before). I know people think I just say things to be shocking, but I actually do like p***y. It just depends on whose p***y it is."

Gaga, who is dating actor Taylor Kinney, further explained, "It's similar to how I feel about guys. I like them because I find lesbians to be way more daring than straight men, when it comes to coming on to you. And I really like that. And it wasn't until I found a guy that could come onto me as strong as a lesbian that I fell in love."

The “ARTPOP” singer, who admitted the most daring place she's ever had sex was in the woods, also touched on her stripper past. "I made more money stripping than waitressing. I didn't show too much — I was a burlesque dancer. Because my family's European, for me it wasn't that weird and I didn't do anything super seedy — although my dad didn't think so."

When Cohen asked about the last time she took Molly (a form of ecstasy) she replied, "I think maybe it's hard to remember."

Although she did it a lot during her “raver days,” she told fans she doesn't encourage it and to “be careful with Molly.”