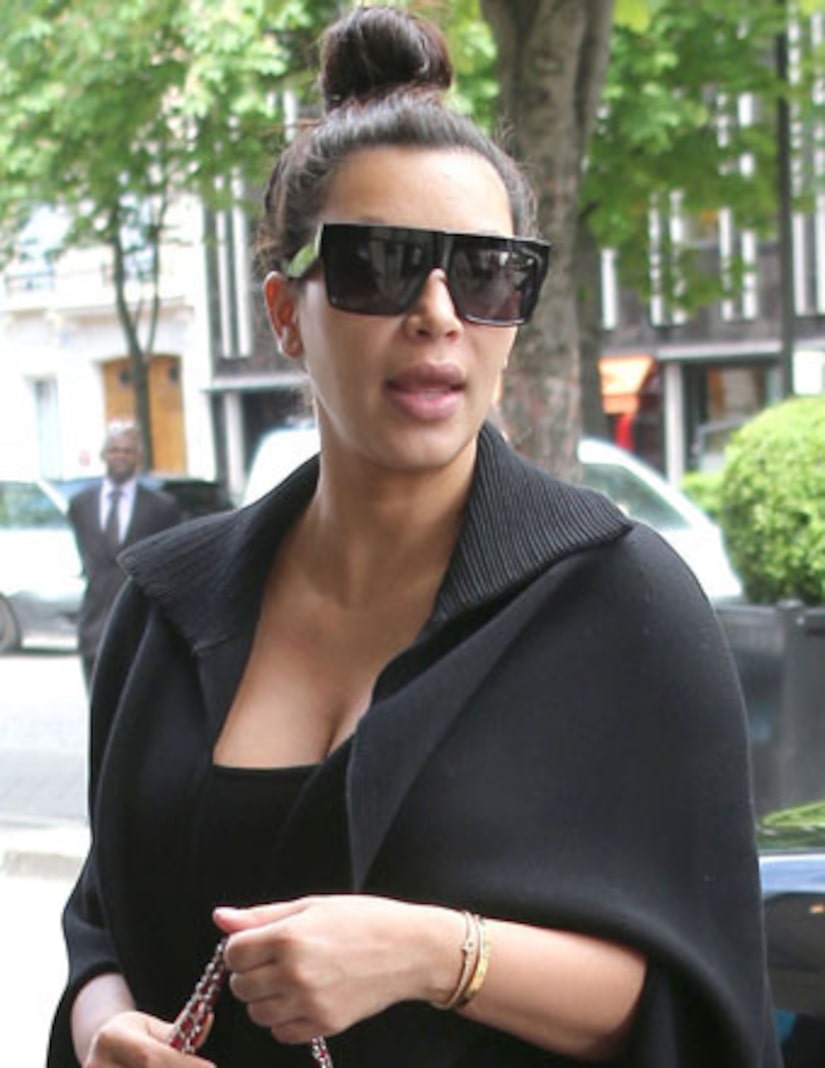 Onlookers caught a glimpse of Kim Kardashian's post-baby body outside a medical building in Beverly Hills on Wednesday, as news broke that ex-husband Kris Humphries is reportedly auctioning off her old engagement ring at Christie's.

For her morning outing, Kim wore green pants and a white blouse, accenting her tiny waist with a gold belt.

The new mom, who gave birth to North West in late June, parted her newly dyed blonde locks on the side. A pair of oversized sunglasses completed the glam look. See the pic here.

While Kardashian went about her business in L.A., a ring popped up at Christie's matching the description of Kim's old engagement ring by designer Lorraine Schwartz. 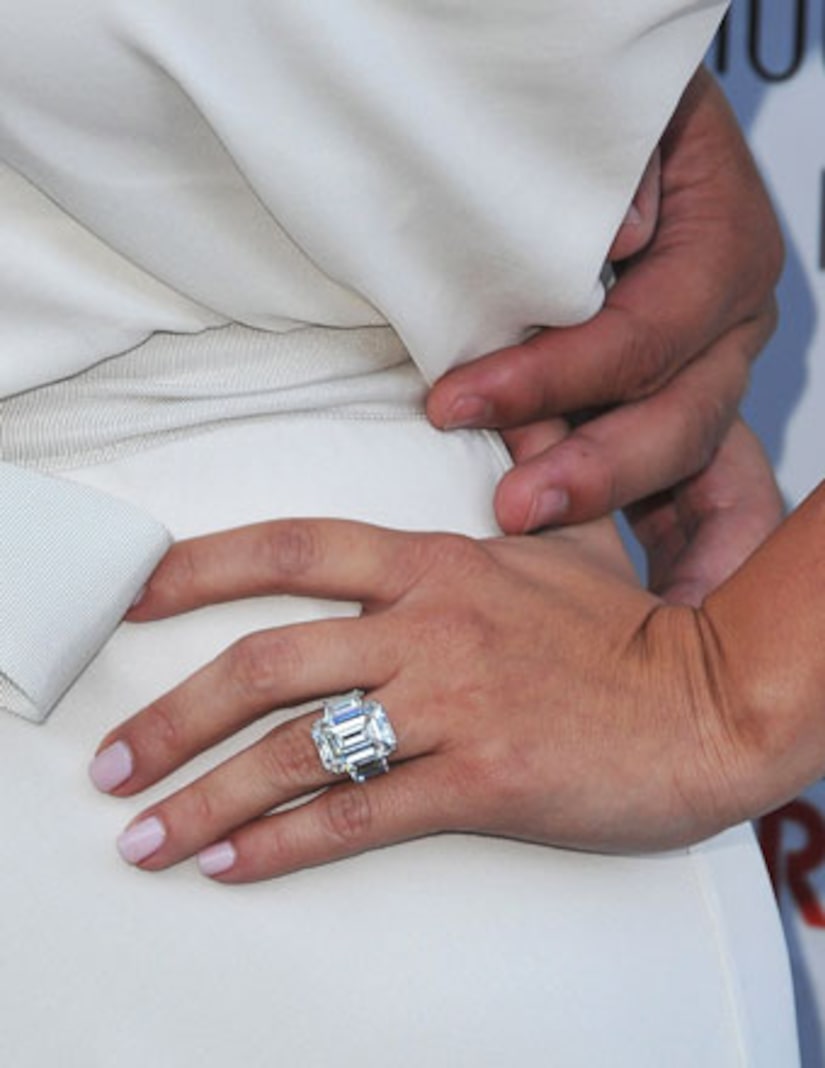 The $2 million sparkler -- featuring a 16-carat, emerald cut center stone and 1.8-carat trapezoid side diamonds -- will be included in the “Magnificent Jewels” auction on Oct. 15.

According to the New York Daily News, Christie's hasn't named Kris as the seller, only confirming that “a gentleman” is behind the listing.

Kim's ring isn't the only bling in the family to make headlines. Khloé, who reportedly booted husband Lamar Odom out of the house, stepped out wearing her 12.5-carat diamond ring on Wednesday night. 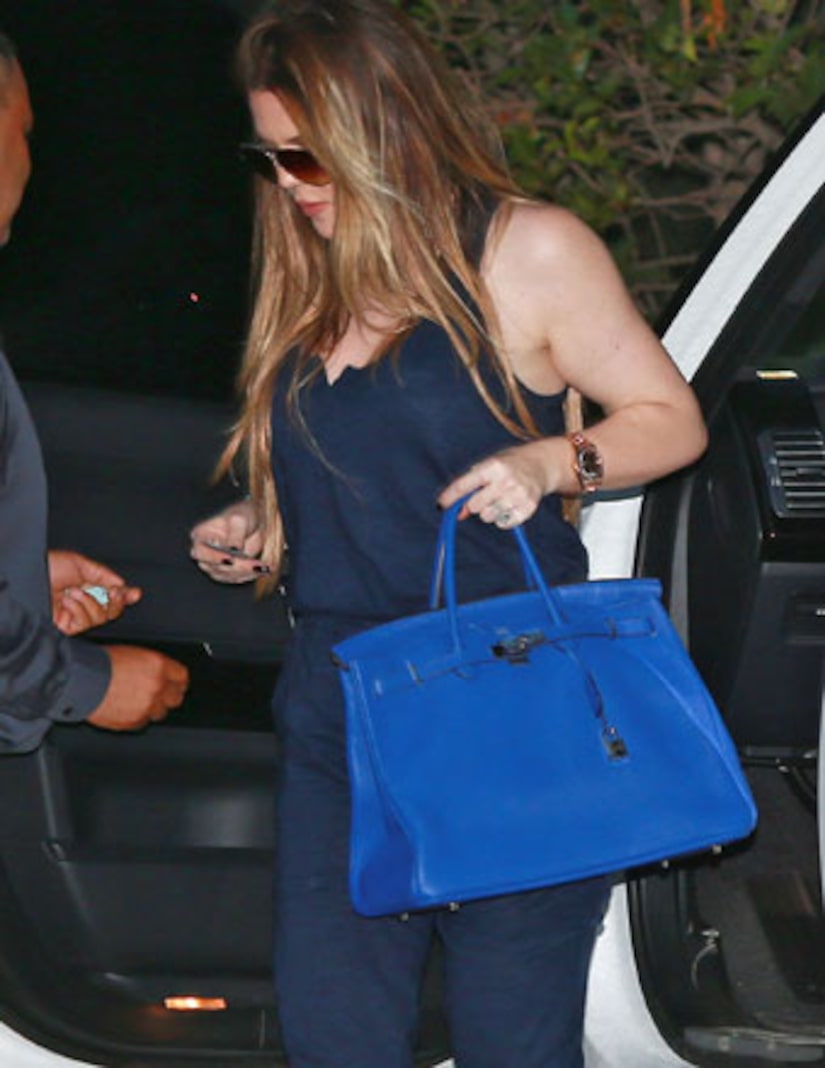