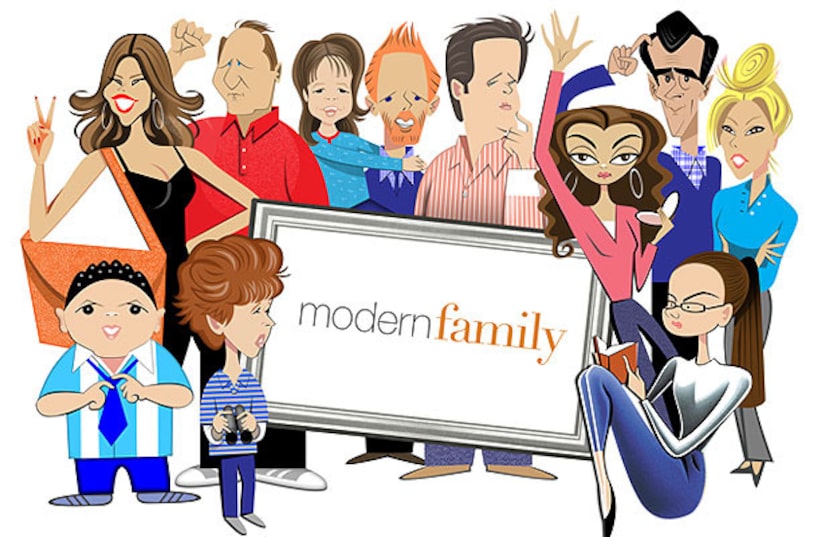 “Modern Family” will go into syndication this fall, and to help celebrate, USA Network has teamed with Vanity Fair on a first-to-market, six-page insert to run in the magazine’s 100th Anniversary issue this October.

Robert Risko is one of the most renowned celebrity caricaturists working today. Since 1978, when Andy Warhol gave him his first assignment for Interview magazine, Risko has drawn portraits of hundreds of notables from the world of film and television, music and art, politics and literature.

In addition to countless images for Vanity Fair, Rolling Stone, The New Yorker, and other major magazines, the author of “The Risko Book” has also done many illustrated book jackets, video covers, movie posters and CD packages.

Watch an interview with Risko!