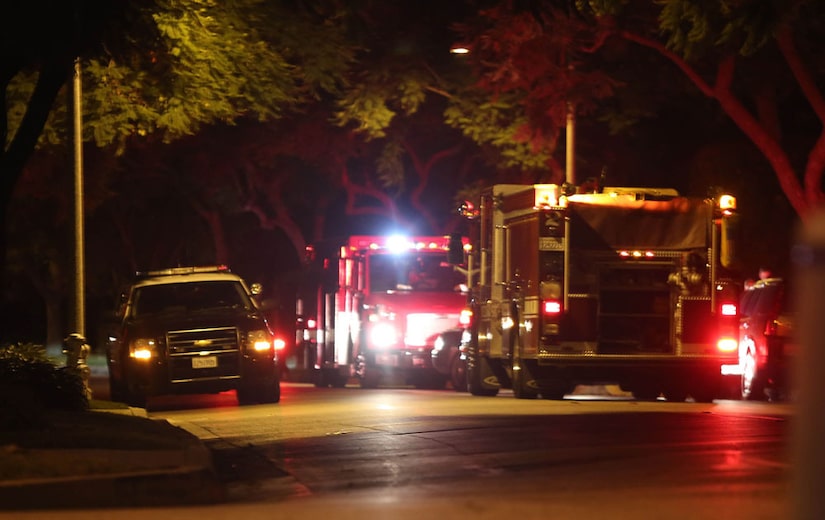 Photos have surfaced that show a large medical response arriving to Simon Cowell's residence in Beverly Hills on Sunday night.

An unidentified person was seen taken away in an ambulance shortly after the emergency vehicles responded to the scene. “Extra” has learned that the incident had nothing to do with Cowell or anyone in his home.

Sources tell “Extra” that there was a man walking down the street that seemed to need medical attention. Someone in Cowell's home called EMTs for assistance.

No word on the condition or identity of the man.