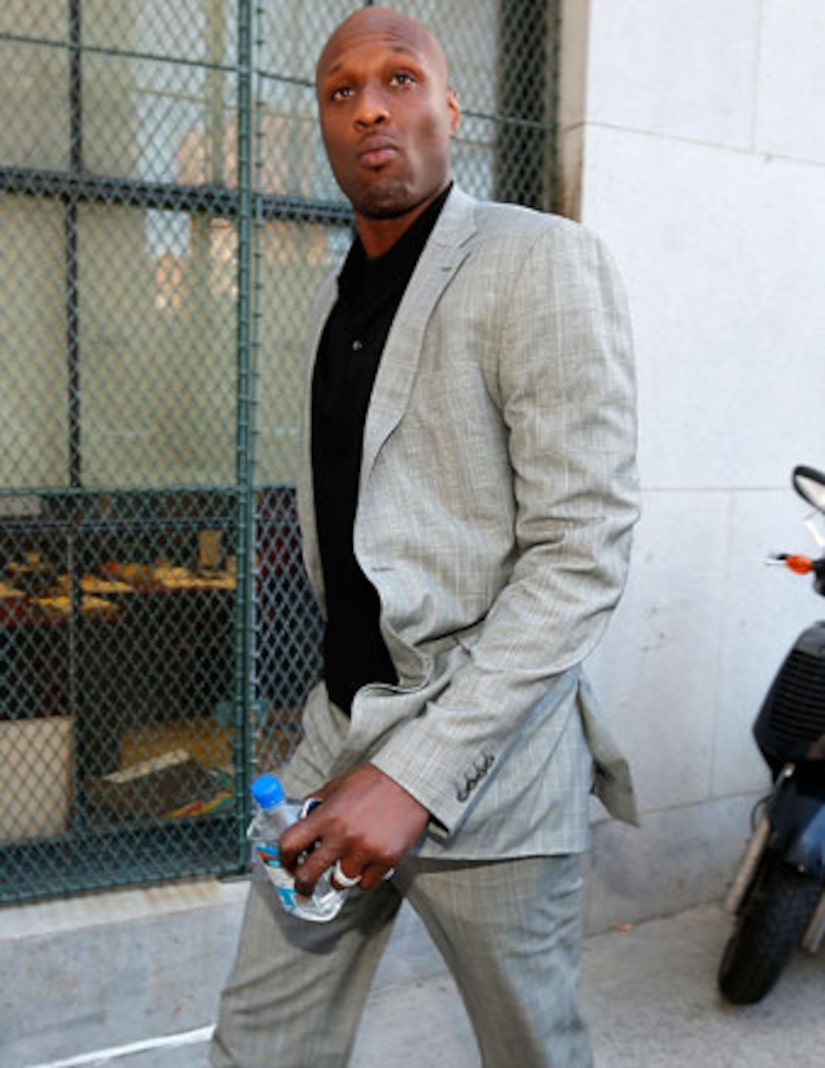 A supposed roommate of Lamar Odom has stepped forward, telling TMZ she witnessed Khloé Kardashian's husband smoking crack and acting paranoid while he stayed at her apartment earlier this summer.

Polina Polonsky, a criminal defense lawyer, says she lived with the NBA star for six weeks in June and July after meeting him at the Roosevelt Hotel in Hollywood.

Polonsky explained, “I did see [him doing crack]. He was a little paranoid. I found little paper towels, wads, in pretty much every hole or crevice in my apartment after he had left.”

She added, “He would call me using my Skype but he was hesitant to do that. He would take the battery out of his phone. He thought he was being tracked. He thought that there was a GPS device on his car as well.”